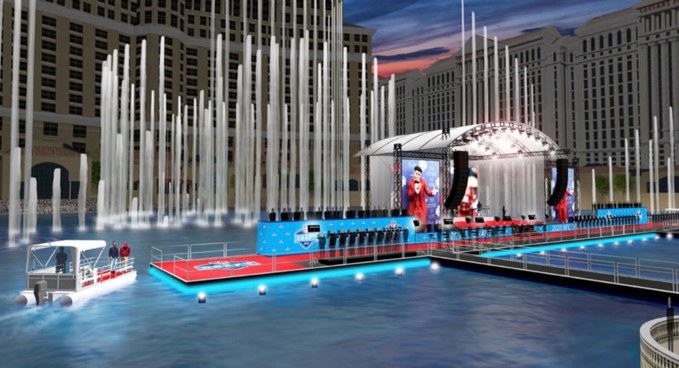 Even after the NBA, MLB, NHL, and MLS pushed pause on their seasons to help slow the spread of COVID-19, the NFL appeared ready to march on, business as usual. Heck, they passed the CBA earlier this morning!

But “business as usual” could be changing soon – at least, according to sources who’ve spoken with Pro Football Weekly Executive Editor Hub Arkush:

Just filed @bears_insider: I'm told that the NFL is postponing its draft until at least late May — and Vegas is off. Expect an announcement after the new CBA vote. https://t.co/v8g3c0bLwZ

“As for the Draft,” Arkush writes. “according to my sources, Las Vegas is already canceled — it just hasn’t been announced yet — and the league will announce the Draft is being postponed until late May at least — as soon as the NFLPA’s decision on the new CBA is announced.”

So long as the United States is trying to flatten the coronavirus curve, postponing the 2020 NFL Draft is going to be a sensible idea. And until the Cincinnati Bengals go on the clock, the league could push the draft to a date and location when and where things are calmer and safer.

Per Arkush’s sources, the draft itself (i.e. the event) may still go on in some form, but not until late May. Meanwhile, “Vegas” (i.e. the location of the event) is the part that’s “already cancelled,” but just hasn’t been announced yet. The wording was a little odd, so I wanted to offer that distinction in plainer terms. And although getting the actual draft done should be the priority, I can’t say I’m not disappointed.  There were some pretty neat plans laid out earlier in the year for draft weekend. Heck, they were going to have a draft stage on the water at the Bellagio with selections arriving by boat. Obviously, that’s off the table if the event isn’t in Las Vegas at all.

But because nothing is easy, a Las Vegas reporter is refuting the reported news from Arkush.

“For the record, various @NFL sources I’ve talked to have completely shot this down,” tweeted Vincent Bonsignore of the Las Vegas Review-Journal. “And NFL spokesman Brian McCarthy officially said this is false.”

Earlier in the week, reports insisted the NFL was going to be business as usual. But New Orleans Saints Head Coach Sean Payton, who is on the league’s Competition Committee, doesn’t make it seem like that’s the case. After telling a reporter he believes the start of the league year and free agency will be pushed back, Payton offers up some insight on NFL Draft changes.

You can check out more from Payton here.

Coach @SeanPayton joined @BritneyEurton at Oaklawn Park to talk about how Coronavirus could impact free agency in the NFL as well as the upcoming draft.@FanDuel pic.twitter.com/tUSf4K3GIv

I understand where the league would be coming from if it wanted to keep business as usual. There aren’t games or events that invite crowds of thousands in the immediate future with he opening of free agency. But the draft looming is something that could conceivably see a significant tweak to what is generally expected. And if the NFL wants to follow in the footsteps of the other professional leagues, then making necessary changes and prioritizing the health and safety of many at the expense of the entertainment of a few is the right decision to make. Even if it might not be popular in the short term.