With Potential TE Target Hayden Hurst Traded to the Falcons, Who’s Left for the Bears? Skip to content 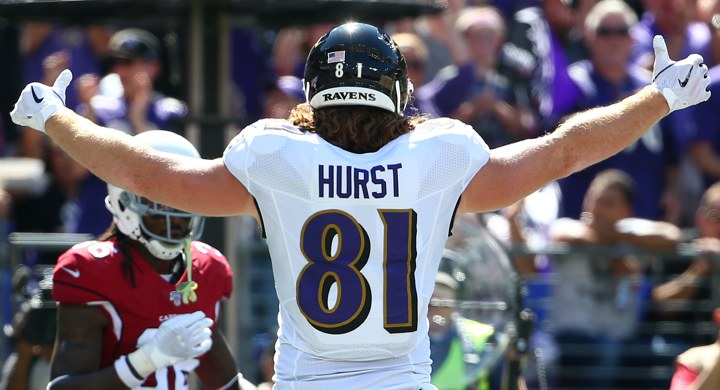 The Chicago Bears reportedly made a run at Austin Hooper before he signed with the Cleveland Browns. And if they were hoping to pivot to the trade market after missing out on free agency’s top tight end option, a high-upside target has been removed from play.

The news from ESPN’s Adam Schefter:

Hayden Hurst, whom we offered up as a possible Bears trade target, has been traded from the Baltimore Ravens to the Atlanta Falcons. In the deal, the Falcons receive Hurst and the Ravens’ fourth-round pick in the 2020 NFL Draft. The return for Baltimore is Atlanta’s 2020 second-round pick and a fifth-rounder in 2020. It is a move that helps both teams, as the Falcons land a replacement for losing Hooper in free agency, while the Ravens continue to stock-pile draft capital.

As for the Bears, they have seen two top tight end options go off the board already. So … now what?

Eric Ebron moves up the charts as the top tight end in free agency. Ebron is just one season removed from being a Pro Bowler and has put up steady production as a pass-catcher throughout his career in years in which he has been healthy. He has four consecutive seasons with a receiving grade of 69 or better from PFF, which is quite notable.

Delanie Walker was released by the Titans over the weekend, and could be worth kicking the tires on in this market. Injuries have slowed him down the last two years, but Walker, set to enter his age 36 season, was one of the league’s best receiving options from at the peak of his powers. Walker is a three-time Pro Bowler who averaged 74 catches, 896 receiving yards, and five touchdowns per season from 2014-17.

Some alternative potential targets could include:

The market place for tight ends was top heavy, and only one option from that top tier is still available. Perhaps the Bears’ run at Hooper was a sign they were willing to spend money at the position. But any move there is likely on hold until this quarterback madness gets resolved.