WOW: DeAndre Hopkins Is Getting Traded to the Cardinals Skip to content 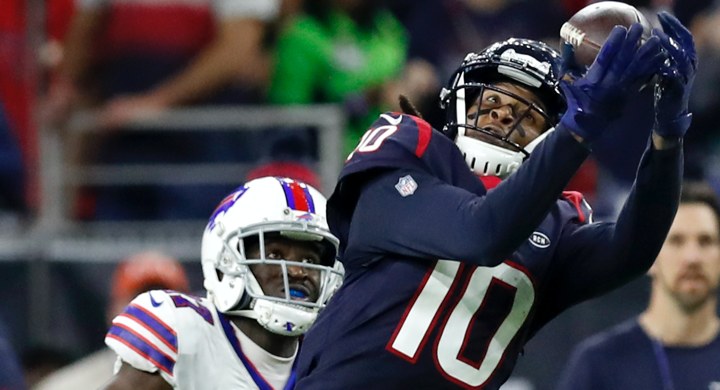 Free agency was supposed to be taking center stage today, but leave it to the Houston Texans to make waves with a trade.

News from John McClain of the Houston Chronicle:

McClain reports a blockbuster between that sends all-world receiver Deandre Hopkins from Houston to the Arizona Cardinals as part of a multi-layered deal. The Texans are also sending a fourth-round pick to the Cardinals as part of the deal. In exchange, the Houston has acquired running back David Johnson and a second-round pick. It’s quite striking that the Texans couldn’t land a first-round selection for a four-time Pro Bowler, three-time first-team All-Pro, and a receiver who is arguably the best in the game. And Houston is reportedly taking on what is remaining on Johnson’s deal. I’m befuddled.

I suppose this is a good time to remind folks that the Texans went without a traditional general manager last year, made some eye-popping trades with their GM-by-committee structure, then handed the reins to Head Coach Bill O’Brien (just one week after his team blew a 24-0 lead in its divisional round playoff loss to the Chiefs). All in all, a bunch of curious things are transpiring in Houston. And there’s not even a trash can to blame here.

Things happened so fast, I can’t even say this tweet aged poorly because it was more like a shooting star that flashed, then disappeared at a moment’s notice:

Deshaun Watson throwing to DeAndre Hopkins, Will Fuller and Kenny Stills with David Johnson and Duke Johnson out of the backfield.

Oh, and have fun with your new toy, Kyler Murray …

What a day for the Cardinals.