QB Rumors: Bears Focused on Foles and Dalton? Patience Might Pay, Brady and the Bucs, Brissett, More Skip to content 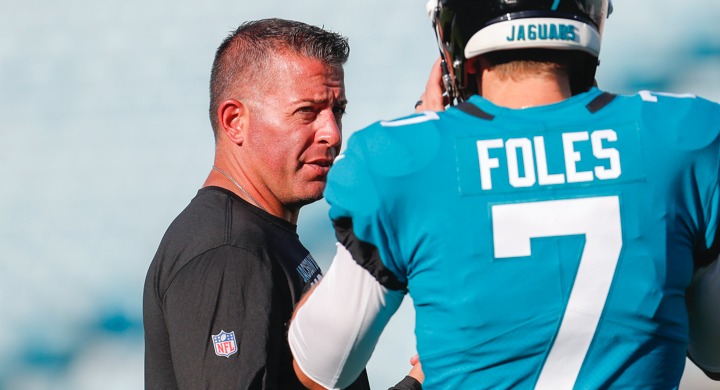 The quarterback market continued its spiral today, with Tom Brady announcing he was leaving the Patriots, Teddy Bridgewater getting close to a deal with the Panthers, those same Panthers giving Cam Newton the boot, Philip Rivers heading to the Colts, and the Bears … well, it was largely quiet on that front today.

Here’s the latest on the QB market …

Andy Dalton or Nick Foles?#Bears choices seem to be down to those 2 QBs right now. Both would arrive with experience with coaches on staff, which would help with shortened/no offseason.

What kind of compensation needed? #Jaguars didn't get an offer they deemed worthy Monday.

My prediction? It’s Andy Dalton and a draft pick to be named later for the #Bears.

Since Teddy Bridgewater is off the board, the #Bears should sit back and let a few things shake out in the QB market before making a move: https://t.co/b29srrHtSK

I would not anticipate a decision from Tom Brady today. But I do expect one this week. And let me emphasize: He absolutely has a decision to make. His market is quietly very competitive, but not some crazy bidding war. Far more about finding a fit he likes rather than chasing $.

Despite today’s proclamation that he would not be returning to New England, Tom Brady has not made a decision on where he will play next season and he will be exploring his options, per a league source.

The #Bucs made a strong offer to QB Tom Brady believed to be $30M or more. The #Chargers did, as well. And now, he’s leaving New England.

My understanding is that there will be no other Brady announcements today.

Tampa is the expected landing spot for Tom Brady barring anything unforeseen, sources tell me and @JeffDarlington.

There's no signing date or announcement officially set up, but Brady is expected to be a Buccaneer.

The Chargers made a serious run at Brady, but, barring a change of heart by the quarterback, the team believes it is out of the running for him.

An unimpeachable NFL source tells me the #Bears have offered Teddy Bridgewater at least what the Panthers have (3 yrs, $60M). Bridgewater’s camp, however, fears Trubisky’s presence and an open competition.