Cody Whitehair Has Reportedly Agreed to Restructure His Contract, Which Could Be Quite Helpful for Team Building Skip to content 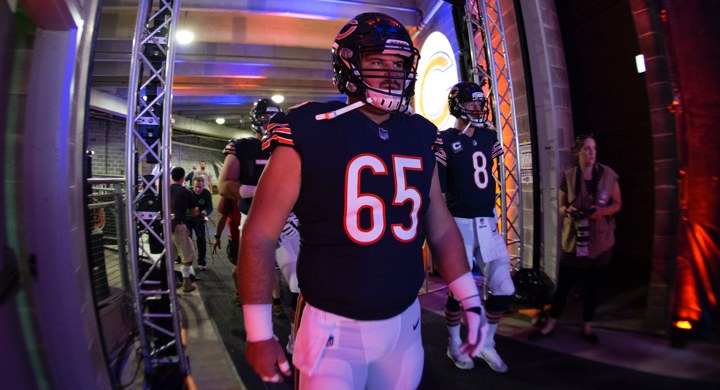 The Chicago Bears have added some high-price talent to start the new league year, with Jimmy Graham, Robert Quinn, and Nick Foles making their way onto the roster. But in order to fit these contracts into the mix, something – whether it was a cut, trade, or contract restructure – had to give. Thankfully, one player was kind enough to oblige with a structuring.

The Bears have retooled the contract of G Cody Whitehair. With a Nick Foles trade on the horizon and free agency open, this likely is an effort to create cap flexibility for 2020.

Chicago has often relied upon converting base salary into signing bonuses to create cap space.

Center Cody Whitehair has reportedly agreed to a re-tooling of his contract. It is a move designed to create some much-needed salary cap space to help fit the contracts of the aforementioned newcomers. Contract restructuring is one of those annual occurrences this time each year as teams manipulate the cap in every legal way possible. It’s almost a tradition at this point. But for these Bears, it’s a necessary evil to borrow money from one pile to help fund something somewhere else.

So how much are the Bears clearing in this deal? Here’s a rough estimate:

OverTheCap.com estimates the Bears have $4,199,091 in available salary cap space. With needs at right guard, cornerback, strong safety, and wide receiver that have yet to be addressed, the Bears could use every possible cap dollar possible. By adding $3.352 million to the pile, Chicago’s cap situation would improve to $7,551,091. It’s small, but it’s not nothing.

Spotrac’s estimations are even more favorable. Using the site’s roster management tool, a base salary restructure of Whitehair’s deal could increase the Bears’ available cap space to $9,286,832.

To be clear, Chicago’s front office won’t spend all that money to fill roster spots via free agency. The Bears still need to clear up room in order to sign their draft picks this summer. But adding any tangible cap space right now would certainly be helpful. And considering the team’s needs at various positions, I can’t imagine Whitehair’s deal will be he last one that gets the restructuring treatment this offseason.