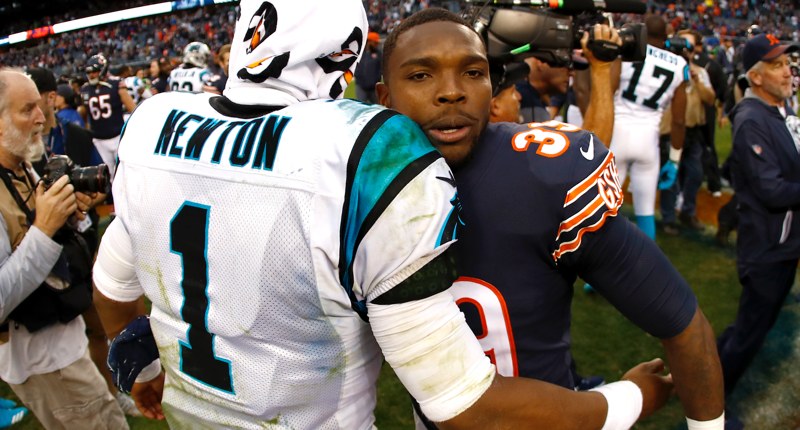 The Panthers opted for Teddy Bridgewater yesterday (on a contract that looks a lot like the old Mike Glennon deal), which means they are moving on from former MVP Cam Newton, who’s got one year left on his deal at just $18.6 million.

The big question, of course, is whether the Bears would come calling as Newton and his crew work with the Panthers to facilitate an acceptable trade (before it gets to the point where he’s released). Well, here’s your answer:

The Panthers have been in recent contact with the Bears regarding Cam Newton, per source. The expectation is Newton will be released in the coming days, but CHI may not want to compete in the market for him

At least some of the national talking heads see it:

But not so much locally:

I always under the impression that the #Bears were never in play for Marcus Mariota. I think the same is true about Cam Newton for various reasons. That could change. But my understanding is that Bears’ QB pursuit is down to Nick Foles and Andy Dalton. Best trade wins?

There are a lot of layers to keep in mind before you even dig into the style fit: