Cornelius Lucas is Headed to Washington, Which Will Help the Bears' Case for Compensatory Draft Picks Skip to content 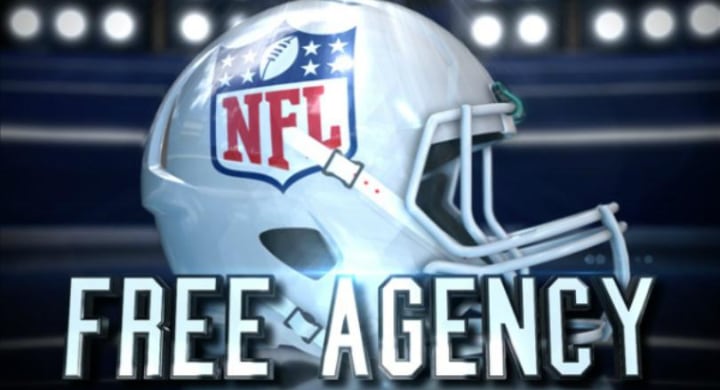 The #Redskins are signing OT Cornelius Lucas on a 2-years, $5.3M deal, source said. Added depth on the offensive line.

Upon arrival, Lucas will be met by fellow ex-Bears in head coach Ron Rivera and inside linebacker Jon Bostic. Surely, they will share stories of their respective times in Chicago. And while we’ll get to those stories at a more acceptable hour, the news of Lucas’ departure brings two things to the forefront.

First, the Bears are going to be in the hunt for another swing tackle. It might not be the biggest need, but its importance shouldn’t be overlooked or underestimated. Lucas played both spots and was an admirable fill-in when called upon. The 28-year-old played in all 16 games last season and made eight starts. Most notably, Lucas was a starter in the final five games of the regular season when right tackle Bobby Massie went down with what turned out to be a season-ending ankle injury. Lucas certainly made the most of his time as a starter, earning a 72.2 grade from Pro Football Focus — which ranked him 29th among the 81 qualifiers. And yes, that *DID* make Lucas the highest-graded Bears tackle in 2019. Hence, my mention at the beginning of this graf about the need to replace him on the roster.

The other important nugget to come from Lucas’ signing is that it positions the Bears to snag another compensatory pick in the 2021 NFL Draft. As of this post, the Bears have lost five free agents whose departures qualify the Bears to receive a compensatory draft pick in 2021. And while they have signed just one (Robert Quinn), the Bears are still in position to capitalize and get the maximum four compensatory picks. This should be welcome news for a franchise that could use as much future draft capital as it can get. Of course, we won’t have a full grasp of how many picks Chicago will receive until they do some more of their own shopping. Should the Bears sign players who don’t count against the formula, then they will be well off on their quest to secure as many picks as possible. But if they dabble in the pool of free agents whose contracts will count against the formula, they could lose picks projected to go their way.

With that in mind, let’s keep tabs on safety Ha Ha Clinton-Dix. Should Clinton-Dix sign a sizable contract elsewhere, the transaction could help net the Bears in the compensatory formula that much more. So stay tuned.