The Lions Are Trading Darius Slay to the Eagles, Who'll Make Him the NFL's Top-Paid CB Skip to content 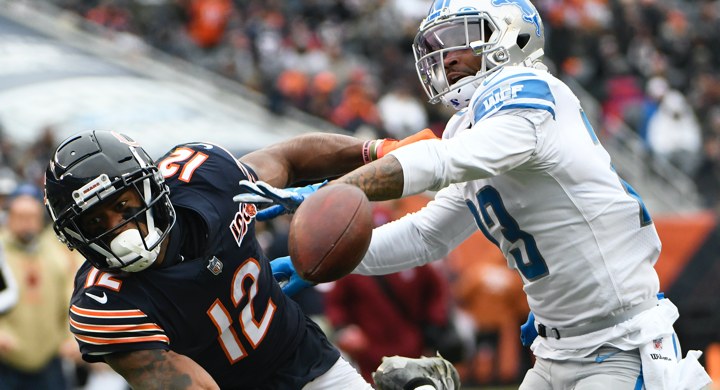 A worthy foe is leaving Detroit for Philadelphia.

Darius Slay’s reign of terror over NFC North quarterbacks is over:

The #Eagles are sending a third- and a fifth-round pick to the #Lions, while Slay lands a large contract. https://t.co/yf5chvssT3

As part of his deal with the #Eagles, CB Darius Slay is getting a 3-year, $50M contract extension with $30M guaranteed, per @RosenhausSports. Slay cashes in like he wanted.

Exact Eagles’ picks being sent to Detroit in exchange for CB Darius Slay: No. 85 and No. 166.

Lions now have five of the top 85 picks. And there could be a windfall more if another team decides to trade for the third overall pick.

It’s the Philadelphia Eagles ponying up to trade for Slay, the talented cornerback who’s been pushing for a new contract from the Detroit Lions for quite some time – a contract the Lions were simply not going to give him, keeping a move like this forever on the horizon. And when Slay tweeted this yesterday after news broke that his (now) former team had signed Desmond Trufant…

Congrats to my guy!!!! Hope that speeds up my trade process!! https://t.co/ZQHO3NCGuE

… that deal was fait accompli. Signing Trufant turned out to be the last move before Detroit ushered Slay out of town.

Don’t get me wrong. I’m all for player empowerment. But it’s never a good sign for a team when your best defender is putting you on blast like this on Twitter.

Slay earns the new deal on the back of what has been a solid seven-year career. He has been to three consecutive Pro Bowls, earned first-team All-Pro honors in 2017 when he led the league in interception (8) and passes defended (26), and being a thorn in the side of NFC North quarterbacks and wide receivers alike. The player affectionately known as “Big Play Slay” gets his big pay day. Hey.

In exchange for showing Slay the money, the Eagles will send picks in the third and fifth round to the Lions in the upcoming draft. As noted in the tweet above by ESPN’s Adam Schefter, Detroit now has five picks in the top-85, and the ability to add more should they decided to move down from the third overall pick. Not a bad situation to be in considering what led to it (a 9-22 record under Head Coach Matt Patricia) in the first place.