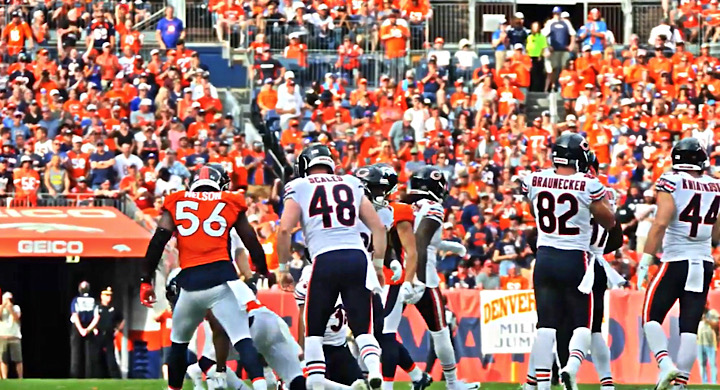 The Chicago Bears’ place-kicking team will be back together in 2020.

Kicker Eddy Piñeiro and punter/holder Pat O’Donnell were already under contract, but long-snapper Patrick Scales hit free agency when the league year opened on Wednesday. However, his time as a free-agent was short-lived.

#Bears are expected to re-sign LS Patrick Scales on a one-year contract.

Scales is expected to re-sign on a one-year contract. And while terms of the contract were not disclosed, I can’t imagine it being a deal that handicaps the Bears’ plans elsewhere. Because even if Scales received the largest contract handed out to an active long-snapper, the deal would need to surpass the $1.281 million per-year average Beau Brinkley of the Titans receives.

While consistent excellence is preferred in kicking and punting because of the visibility of the players who man those positions, let’s not overlook the importance of good long-snapping. Simply put, good long-snappers are relatively anonymous. If you know a long-snapper’s name, it is because he has been in that role forever (i.e. Patrick Mannelly) or it is because he goofed a snap in a key moment. Scales has been solid as a long-snapper since arriving in Chicago. I can’t remember a botched snap on a punt or field goal. Hopefully, I didn’t jinx him there. Thankfully, I don’t believe in that kind of stuff.

The Bears’ special teams unit is in a better place now than it was at this time last year. It still isn’t great, but better than bad still counts as improvement.

Anyway, it is good to have stability in the special teams game wherever you can get it. And for the Bears, it means the return of Los Tres Caballeros.