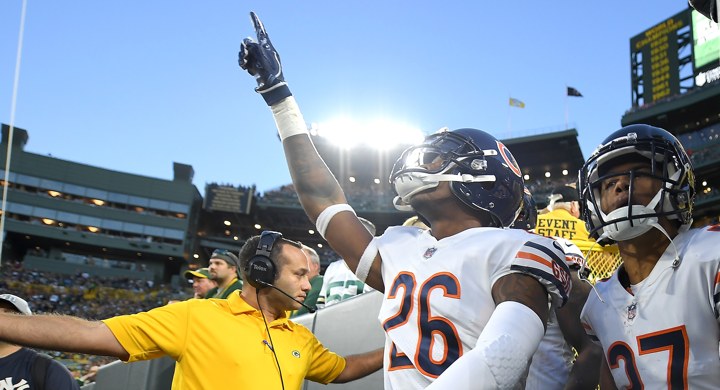 A familiar face is back in the fold in the Chicago Bears’ secondary.

Free agent safety Deon Bush is signing back with the #Bears on a 1-year deal for $1.4 million, per @RosenhausSports.

The Bears have re-signed safety Deon Bush to a one-year contract worth $1.4 million. It is a modest price for the 2016 fourth-round pick, who returns to Chicago after a brief time on the free agent market.

At minimum, Bush provides depth and a fringe starting option who is familiar with the defense at a bargain price. It also doesn’t prohibit the team from signing another safety later in free agency, or even taking a safety they like as a long-term option in the 2020 NFL Draft.

Bush’s re-signing means he is first in line to get a crack at the starting safety gig across from Eddie Jackson. That job has its perks; just ask Adrian Amos (who secured a multi-year deal with Green Bay after co-starring in the Bears’ secondary in 2018) and Ha Ha Clinton-Dix (who enjoyed another solid season, and at least got a one-year contract bump from the Cowboys).

The good news is that Bush has ample playing experience. He appeared in 54 games and making eight starts since 2016, but hasn’t been a primary starter since his rookie season when he started six of 11 games he appeared in during his debut season. For what it’s worth, it isn’t lost on me that the Bears once trusted him enough to start a playoff game. Then again, the team still ended up signing Ha Ha Clinton-Dix in 2019 to start ahead of him.

In the end, Bush’s patience over the last four years as a reserve could pay off with a starting role this coming season if he can battle through whatever competition lies ahead.