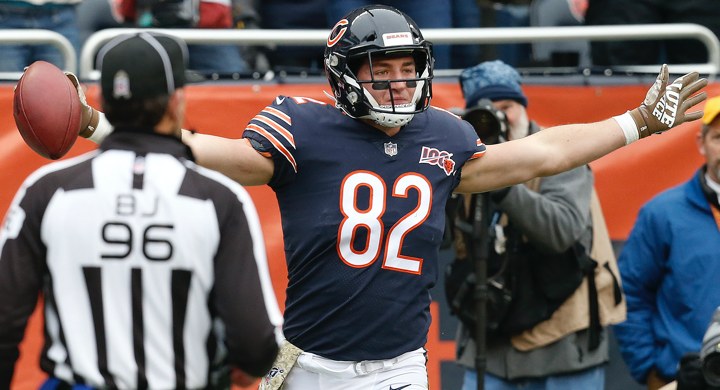 I was going to save this for an Around the League post to be shared later, but this is too good to not share now:

There's a little sign on the wall near where ⁦@TomBrady⁩ signed his contract with the ⁦@Buccaneers⁩ & if you zoom in, you see it looks like the one on the right. Good rules to live by. pic.twitter.com/ON2Q3DkKpG

Life can be so simple sometimes. But there are times when things can be so complicated, stressful, and trying, which makes it difficult to do the little stuff. The sign in the background seen in Tom Brady’s image makes simple requests. Be respectful. Be honest. Be responsible. Be grateful. Be kind. Let’s try to do that in these times that can be tough for others.

Bears TE Ben Braunecker has been getting a lot of texts and calls lately.

That’s what happens when there’s a pandemic and you’re the rare NFL player who spends his offseasons studying infectious diseases.

Jimmy Graham cost the Bears more than the Steelers paid Eric Ebron. Neither is great, but one is 26 years old and was decently productive two years ago. The other is … neither of those things.

With the recent signings of Eric Ebron (cheaper), Melvin Gordon (same money), it's very fair to ask what the heck was Pace thinking with his Graham signing earlier in the week… #Bears

No player has played more defensive snaps than Ha Ha Clinton Dix (3,985) over the last four seasons (since 2016).