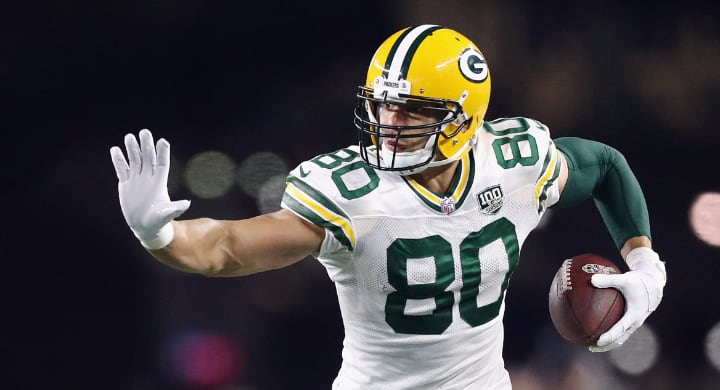 The first details of Jimmy Graham’s contract with the Bears are emerging, though one relatively surprising nugget stands out above the rest.

Here it is, from NFL Network insider Mike Garafolo:

Note on #Bears TE Jimmy Graham’s contract: He has a no-trade clause.

Graham, who will play the 2020 NFL year in his age 34 season, gets no-trade protection on a two-year contract. As an older player who undoubtedly wants some stability, Graham’s request is easy to understand, but I’m not sure why the Bears would hand it over to him; At least, not without getting something (such as a lower guarantee or easier outs on Year 2 of the contract) in return. Generally, that’s how negotiations work. Give a little, get a little. But in this case, it seems like Graham got a perfectly healthy deal and a little something-something on the end. Ultimately, I guess it just feels a bit odd to see him get no-trade rights following a two-year run of decline in Green Bay that ended weeks ago when the Packers cut him. But here we are. It may seem like we’re discussing something relatively small, but a no-trade clause is not “nothing,” not when (1) the deal already looked plenty player-friendly and (2) the operating margins are as small as they are for the Bears right now.

As for the rest of the deal, Brad Biggs of the Chicago Tribune has some new details:

Graham arrives in 2020 with a cap hit of $6 million, which includes $9 million in cash. After that, his base salary goes to $6.9 million in 2021 with incentives to kick it up a notch. This is the part where I usually make a “nice” reference because good internet jokes should never die. And yet, I’m still hung up on the no-trade clause.

In search of a beacon of hope on Graham’s deal? OverTheCap.com’s contract notes offer an intriguing nugget. If Graham gets cut in 2021, the Bears will be stuck with just $3 million in dead money. Further, cutting Graham would come with $7 million in cap savings. So essentially, Graham is one a one-year deal worth $9 million. If he continues on a trajectory that is similar to that of his last two seasons, the no-trade clause won’t even be a thing on our radar. But that’s because the Bears might have other issues to deal with at a position that has given the team problems in recent years.