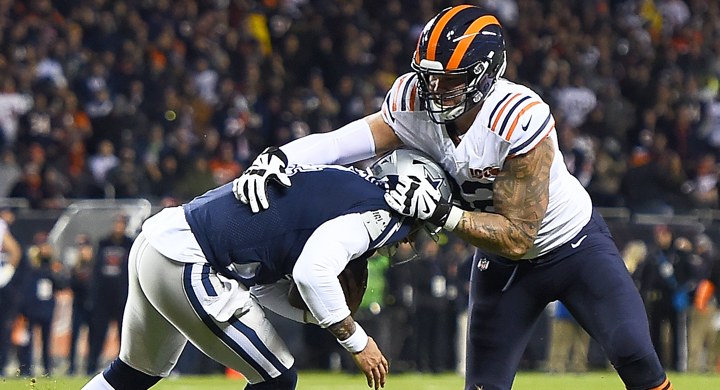 Wrap it up, Rapoport.

It’s Kate Urban, who revealed via Twitter that her husband, Brent Urban, is re-signing with the Bears:

@AdamSchefter DE Brent Urban is re-signing with the Chicago Bears on one year deal. Per source. I’m the source.

You must have a very good source….. https://t.co/HfMJUD87Th

Brent Urban signed with the Bears in October 2019, played nine games for the team, and served as a solid role player during his stint in Chicago. Hence, he’s back on a one-year deal.

Urban, 28, is the latest find for the Bears who has an ideal fit in multiple facets of the game that might go overlooked by some. But let’s not do that. Urban carved a niche as a rotational defensive lineman, who played on at least 25 percent of the team’s defensive snaps in seven of his nine games. He also appears to have special teams value, checking in on at least 15 percent of those plays in six of nice games. Considering the Bears’ losses on defense and special teams (thanks to the departures of Nick Kwiatkoski, Kevin Pierre-Louis, and Nick Williams), it’s nice to retain a player who can help in both areas.

Throughout the Ryan Pace era, the Bears have done a solid job of shoring up the defensive line in a variety of ways. They have drafted well (Eddie Goldman, Bilal Nichols), snagged undrafted free agents who’ve converted from other positions (Roy Robertson-Harris), plucked journeymen from the waiver wire (Nick Williams), and reeled in under-the-radar talents whose careers are on the up-swing (Akiem Hicks). Here’s to Urban being the latest low-profile find who makes a name for himself in Chicago.