The Chicago Bears Are Signing OLB Barkevious Mingo, and Not Solely For His Name Skip to content 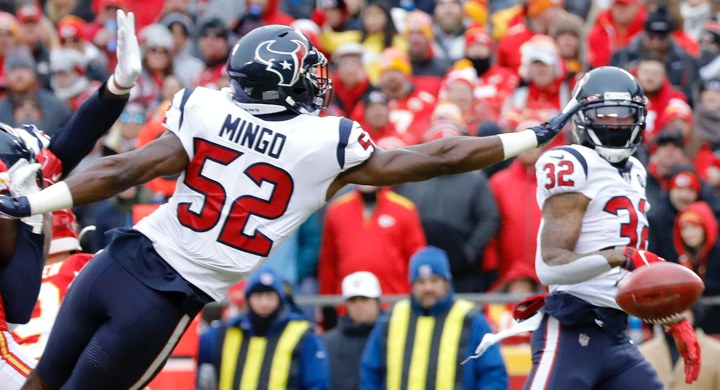 The Chicago Bears have added some much-needed depth at the pass-rusher position – and a glorious name – by reportedly signing Barkevious Mingo.

The #Bears continue to add depth on defense, agreeing to terms with LB Barkevious Mingo on a 1-year deal, source said. He’s a familiar face for #Bears DC Chuck Pagano from their time in Indy & ST coach Chris Tabor from their time in Cleveland.

Former Texans linebacker Barkevious Mingo's one-year Bears deal is for $1.187 million, $887,000 fully guaranteed, according to a league source. Texans had interest in Mingo during process, including an offer at one point, but Bears stepped up to get the deal done

Mingo is one of the most interesting under-the-radar free agents the Bears could have signed this offseason. He was a four-star recruit coming out of high school and consensus top-10 national prospect at his position when he signed to play at LSU. During his time on campus, Mingo earned second-team All-SEC honors twice and was part of LSU’s 2011 SEC championship squad. In January 2013, Mingo declared for the NFL Draft and was selected by the Browns with the sixth overall pick.

Mingo never reached his full potential in Cleveland, but has carved a niche in the league since leaving Cleveland. Go figure.

The Texans, Seahawks, Colts, and Patriots have successfully used Mingo in a reserve role since he departed the Browns organization. Those teams found, when used in spurts, Mingo’s athleticism, burst, and skills really jump out on tape. And while Mingo has started only 22 of the last 64 games he has appeared in since 2016, his best work has come on special teams. That is worth noting because the Bears have lost a few key special teams contributors this offseason.

With Kevin Pierre-Louis and Nick Kwiatkoski being linebackers who have left as free agents, Mingo should immediately slide into a position to eat up some of the snaps – specifically at special teams – that were left behind. Mingo played on 75.4 percent of the Texans’ special teams plays last year, which could be valuable for a team losing the 534 snaps Pierre-Louis and Kwiatkoski played last season in that phase of the game.

But Mingo could also pick up the role of OLB3 that was previously taken by Aaron Lynch as the top reserve pass-rusher behind Khalil Mack and Robert Quinn. There is no one locked into that role yet, so let’s keep that in mind when camp opens this summer.