How Would You Grade Bears Free Agency? Banking on First-Round Pedigree, Newton, Brees, and Other Bears Bullets Skip to content 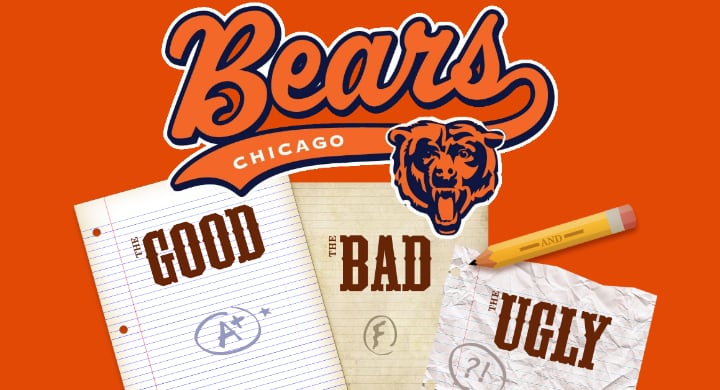 Today was supposed to be baseball’s Opening Day. A day when I nerd out over the game I first loved with friends, family, and friends who might as well be family. Unfortunately, that isn’t happening. Not today, at least.

So long as we do our part in trying to stem the spread of COVID-19, I will maintain faith that Opening Day will still happen at some point this calendar year. Cubs fans will come together and rally around what’s left from the core of the 2016 World Series winner in hopes of having another summer of contention. White Sox fans will gather as they pin their hopes on a young core of rising star-caliber talents who could deliver the team’s first postseason berth since 2008. Baseball will be back, but we’ll need to be patient and show discipline through social distancing for it to happen.

Until then, we move on with this round of Bears Bullets.

How does @CoachWannstedt see the #Bears' QB competition playing out?

Mitchell Trubisky getting the first chance, then everyone screaming for Nick Foles as soon as Trubisky throws his first interception.

Brittany and I are committing $5,000,000 to the State of Louisiana in 2020. The priority now is helping our communities get through this tough time. After considerable research and conversations with local organizations, we will be mobilizing our partnerships with Second Harvest Food Bank, Ochsner Health Systems, Walk-Ons, Jimmy Johns, Smalls Sliders and Waitr to prepare and deliver over 10,000 meals per day throughout Louisiana for as long as it takes to children on meal programs, seniors, and families in need. Let’s all do our part, maintain hope, and get through this together.

📢 We need YOUR help determining who to feature in our upcoming photo gallery – Bears players & numbers: Who wore it best?