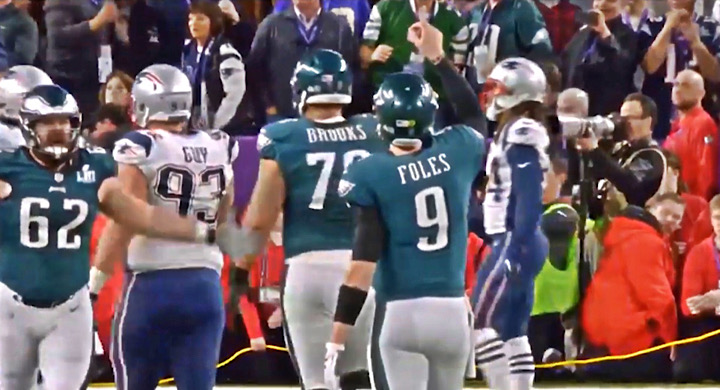 We have had some time to digest the trade for Nick Foles, but the Chicago Bears made it officially official on Tuesday.

Foles is the newest member of the Bears quarterbacks room.

Here he is commemorating the occasion:

Now it’s official! Tori, Lily, Henry and I are so excited for this next chapter. See you soon, Chicago! #BearDown #9 pic.twitter.com/ouEVUT9jub

The deal remains the same as it was originally reported. Chicago sends its fourth-round compensatory pick (received earlier in March) to the Jacksonville Jaguars in exchange for Foles. What remains undetermined is the restructuring of Foles’ contract, which is a bigger deal than you might otherwise think.

As things currently stand, OverTheCap.com projects the Bears to have $1,496,591 in available salary cap space. Only the Patriots ($708,585) and Chiefs (who are $255,452 OVER the number) have less available cap room than the Bears. At a minimum, that number will get your attention. But when you consider that the Bears will need an estimated $5,788,195 in order to fit its rookie draft class, there is clearly some work that still needs to be done on the money management side of things.

Once those figures cross our wires, we’ll share them and discuss what they mean in the grand scheme of Bears things. In the meantime, some highlights of the new guy!