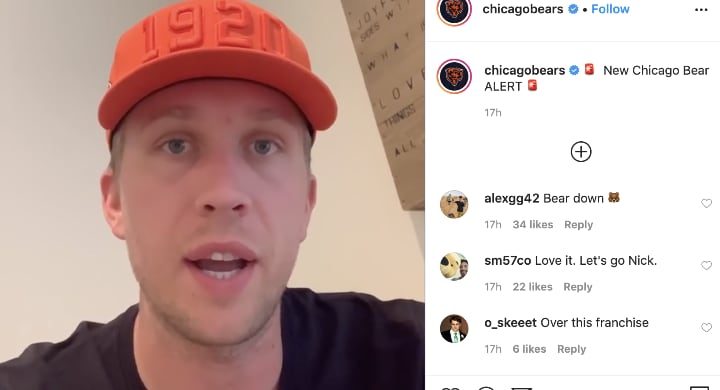 Part of me wants to cancel April Fool’s Day in serious times like the ones we’re living in today. But if you have a one that is in good taste and will bring a hearty laugh to people, then by all means, bring it on. Otherwise, keep your not-so-funny attempt at being funny off the radar for now.

@NickFoles welcome to the squad bruh. But you gotta pay my boy @tbrayvol8 for #9 🐻 ⬇️

How can the #Bears game-plan for Nick Foles’ success?

I took a look back through his career and focused in on what he does best. Do the Bears have all the supporting structure needed to make it work?

Watch some film with me here: https://t.co/lX4mteGwKU

Jets have agreed to bring back QB David Fales on a 1-year deal, per source. Fales was the No. 2 QB to Sam Darnold for most of last season and could fill that role again this year. He played for Adam Gase and Dowell Loggains in Chicago and Miami.

Please take a few minutes to listen to this message from longtime agent Buddy Baker, who lost his parents over the weekend to complications from Covid-19.