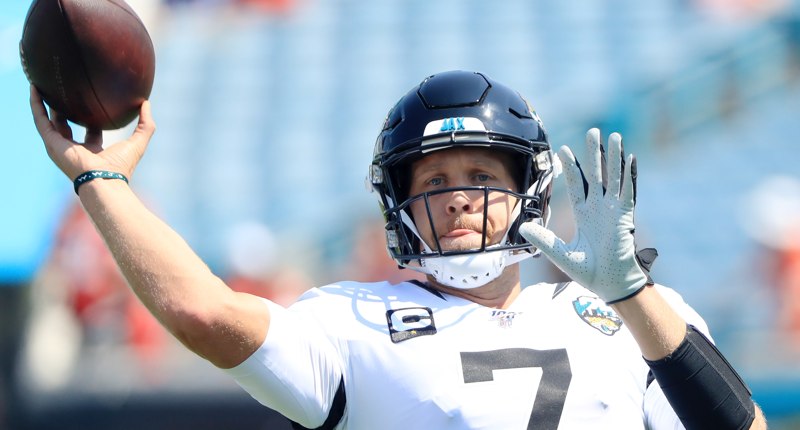 We were already digging the details that finally started to trickle out about Nick Foles’ restructured contract with the Bears, and now, thanks to Brad Biggs, we can dig it even more. (I’m not sayin’, I’m just sayin’: from day one, we said that it must have been a great restructure for the Bears to give up a 4th rounder AND give Foles new opt-outs in his deal.)

With "crazy" restructure, Nick Foles' base pay was cut by more than half to facilitate trade to #Bears.

What the QB got though is upside if he performs well & a chance to be a free agent in March if things go very well.

Maybe it's not crazy after all.https://t.co/8q8jFA1cf8

“The restructured contract lowers Foles’ 2020 base salary from $15.125 million to $4 million, giving him a considerably smaller salary-cap hit of $5.33 million. Here is how the money breaks down in his new deal (all money is fully guaranteed with the exception of the 2022 base salary, which is guaranteed for $1 million):

So, as we knew, Foles still gets his $21 million guaranteed, but it’s spread over three years (two of which are voidable by Foles if he decides he wants to peace out). But his base salary has been cut so deeply the rest of the way that his contract now looks like a fantastic one for a quality back-up. So, if for some reason that’s what he becomes, cool, good contract. More details on the structure here.

The upside to Foles, obviously, comes in the form of incentives and the ability to opt-out if he is the starter this year and posts good numbers. But for the Bears, they get a dirt cheap option at QB1 in 2020, and now still have a nice chunk of cap space to work with the rest of the offseason:

Obviously they need room for incentives (Foles chief among those), but some minor moves can still be made

Now, if the Bears wanted to add another O-lineman in free agency or maybe a veteran safety, they’ve got the room to do it.