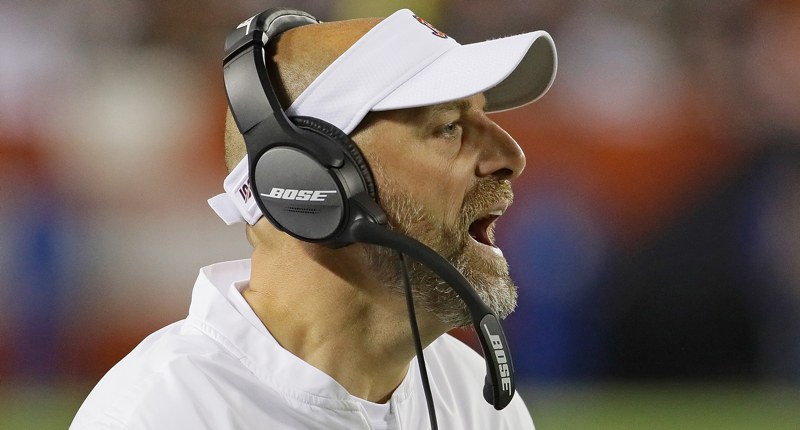 I’m going to preface this entire post by mentioning that (1) we’re a long ways away from knowing whether there will even be preseason games in 2020 and (2) knowing when and where they will take place is just as unclear. But when it comes to the 2020 Chicago Bears, Head Coach Matt Nagy appears to be set on righting a move many felt was wrong in 2019.

Regulars, as of now, are expected to play in the preseason:

Matt Nagy says preseason games will be "important" for the QB competition and that he expects to play starters during those games, unlike last year.

Nagy confirms that both Trubisky and Foles will play in preseason games and get equal reps. Plus players at other positions will play as well. Different from past years.

Allow me to take a moment to re-iterate that we don’t know when and where preseason football games will take place. With that being said, I feel relieved that the Bears will be playing their regulars throughout the exhibition season as part of their ramp up to the games of consequence.

When it happens, it would represent a reversal from what Nagy had done with the team in his first two years as head coach. In his first season at the helm, Nagy allowed starters to play in two preseason games before sitting out all regulars completely in the final two contests. It was a move designed to keep the team’s most important players healthy for the 2018 season-opener against the Packers, something that it hadn’t been able to boast entering Week 1 in previous years under John Fox.

But in 2019, Nagy took it to extreme levels by keeping his regulars off the playing field for the entirety of the preseason. And while I will come short of writing that the Bears’ slow start was directly a result of of Nagy’s plan, I will offer up the notion that there is evidence that proves the team’s sloppy play could be connected to not having a normal set of practice reps that come in game situations.

All things considered, this decision by Nagy is equal parts smart and necessary. Smart, because it represents an opportunity to show a willingness to be flexible with your stances as a coach. But also necessary, because there is no way for Nagy, his staff, and the rest of Chicago’s decision-makers to evaluate how Mitch Trubisky and Nick Foles perform in the team’s open quarterback competition. Simply put, the Bears weren’t going to put either quarterback behind a make-shift line of players who won’t be on the team in Week 1 or have them throwing to targets who weren’t going to make the cut. And if they did, it would have been malpractice that would have resulted in anyone and everyone raking whichever party responsible for this decision over hot coals. So back to normal we go.

At minimum, Nagy learned a lesson from last year’s misstep and is willing to make changes based on results of his previous actions. And if you’re willing to learn from your past mistakes, then the odds are your team will benefit from it in the long run. Only time will tell how much preseason will aid the Bears in their quest to reach the playoffs again.