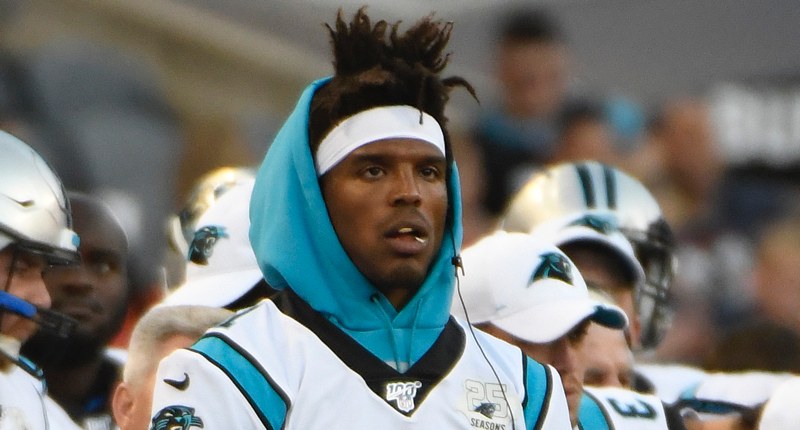 As details have emerged regarding the “crazy” restructuring of Nick Foles’ contract, more people have come around to the sensibility of the move from the Chicago Bears’ perspective.

Even still … not everyone is a fan. And one anonymous AFC assistant coach stepped out to take it to another level when speaking with Bleacher Report NFL reporter Mike Freeman.

“[Acquiring Nick] Foles over (Cam) Newton was a terrible mistake,” the anonymous assistant relayed to Freeman, who shared the one-liner in his latest offering at Bleacher report.

The quote came after Freeman reached out to this assistant to pick his brain and find the best potential landing spot for Newton, a free agent quarterback, who had been connected as a potential Bears trade target throughout the offseason (and even during the regular season).

So where does Newton actually fit, now that the Bears have gone the other way with Foles (terrible mistake or not)? Well, the Dolphins could conceivably sign Newton as a bridge guy to Tua Tagovailoa or whichever quarterback the team drafts in two weeks. Newton would also fit well with the Patriots, who lost Tom Brady to free agency back in March. And yet, with this quote, I find myself circling back to the Bears, who were obviously a fit at one point, but certainly aren’t anymore.

Then again, all sports are cancelled right now, so let’s have a little chat. Just for fun.

Sure, the Bears have already acquired Nick Foles in order to re-work his contract and put him up against Mitch Trubisky in a competition when camp opens up later this year. And that alone probably puts them out of the running for Newton. But GM Ryan Pace has pulled off crazier stunts before. Er, well, stunts at least as crazy this, I guess.

I know the odds are extremely against it happening, but it’s not like I couldn’t stretch my imagination to see a path. After all, Trubisky has missed games in each of the last two seasons due to shoulder injuries. His health can’t be guaranteed. The same can be said about Foles, who had a collarbone injury that mucked up his lone season in Jacksonville. Further, Foles has never played as a starter in a full 16-game season. So what happens if Foles and/or Trubisky is injured or ineffective this summer, and Newton is still a free agent? Would the Bears truly roll the dice with Tyler Bray guiding the offense at the risk of wasting another year of top-10 defensive play? I don’t think so.

Did I just write an article suggesting the Bears go out and get Newton on top of Foles and Trubisky? I guess so! Quarantines are fun.

Again, the Bears signing Newton simply isn’t a feasible scenario at the moment. Period. Though that kinda stinks, because I enjoy watching him play football when fully healthy.