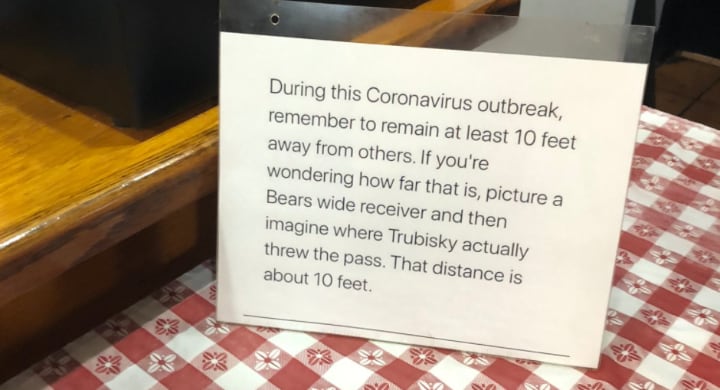 When I was fresh out of college, I used to blog about my uncomfortable habits, as a Jedi mind trick of sorts, to keep myself in check. Essentially, the idea was to write about my weight or my habits that I wasn’t digging. Post it, go back, read it, hold myself accountable, and then (hopefully) change. So with that in mind …

I’ve been doing way too much stress eating lately, but my hope is that if I tell myself that I can power through this by typing it out on a computer, come back to reading it at some point later, then change my ways, I’ll be better for the entire experience. Let’s roll. (Michael: Amen, brother. It’s been tough to stem the extra drinking and snacking out of sheer boredom and anxiety during this quarantine. You got this.)

TRADE: Texans acquiring Rams WR Brandin Cooks and a fourth-round pick in exchange for a second-round pick. (via @RapSheet) pic.twitter.com/1s43t0EjJF

Since August 31st, the Texans have traded away 12 players/picks and acquired 15 players/picks. A look at them all in composite: pic.twitter.com/NqI77GEa9I

The Rams are spending $74M so they can have Jared Goff & not have Todd Gurley & Brandin Cooks on their roster.

Just heard from Bears WR Allen Robinson on what it means to have his teammates & coach support his effort to feed students and families in Chicago – the words he used, "humbled" and "beyond grateful." Check out @ARWithinReach for more. pic.twitter.com/EcRu0NLGyz