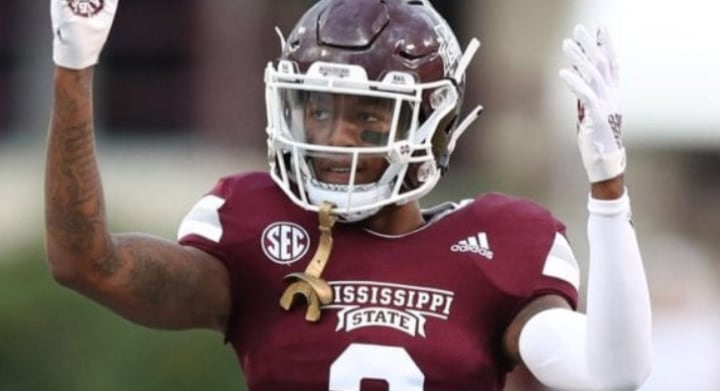 “Very long, stringy cornerback with surprising strength and a competitive mindset that had quarterbacks looking for easier battles elsewhere. (Dantzler) looks to suffocate and contest the route from start to finish and does an excellent job maintaining phase in the vertical plane.”

The Bears are one of 16 teams Dantzler has had virtual video meetings with, according to NFL Draft analyst Justin Melo.

Chicago received three solid years from Prince Amukamara, but released him during the offseason in a cap clearing measure. But by doing so, the team opened up an important starting spot in the secondary. And while bringing Tre Roberson and Artie Burns in as free agents helps build depth, there isn’t a sure-fire starter among the cornerbacks beyond Kyle Fuller and Buster Skrine (as a slot defender).

Dantzler’s profile seems to fit what Defensive Coordinator Chuck Pagano would desire to bring to his scheme. The Mississippi State product has size, length, and a particular edge to his game. NFL.com analyst Lance Zierlein highlights Dantzler’s competitive nature, confidence, his search to “suffocate” receivers, ability to play in a variety of coverage schemes, and tape in games against Alabama and LSU. That’s all good to read, especially when one of Dantzler’s apparent weaknesses is being too grabby at times, which could make him a constant target of NFL officials early in his playing career.

NFL.com’s pro comparison for Dantzler is Al Harris, a cornerback I loved to hate while watching him play with the Packers. Harris had swag, intensity, ball skills, and a knack for neutralizing an opposing team’s top receiver. If the Bears were able to snag that type of player to plug into their secondary, I would be all for it.