Which 2020 Draft-Eligible Receivers Make Sense for the Bears' Offense? Skip to content 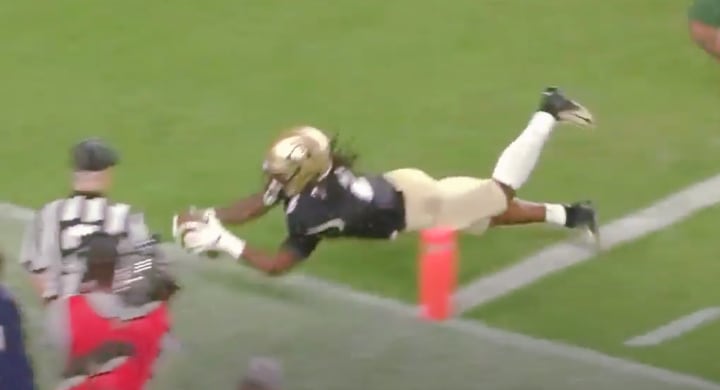 Here’s how the receivers stack up (points in parenthesis):

Allen Robinson II is locked in at WR1, but the rest of the group leaves much to be desired. Anthony Miller has loads of upside and potential, but will enter the 2020 season recovering from a second shoulder surgery in as many offseasons (same shoulder). Javon Wims has been OK in spurts, while Riley Ridley did not get enough playing time for me to conjure up any feelings about his future one way or another.

With Taylor Gabriel being released earlier in the offseason, there is a significant need at the receiver position. Even if Gabriel was back (and healthy), the Bears would still be in a spot where they need to add speed at the receiver spot in this draft. Luckily, this class of prospects is deep.

The top four (Jeudy, Lamb, Ruggs, Jefferson) figure to be long gone by the time the Bears go on the clock. But Clemson’s Tee Higgins — the No. 5 prospect per our composite grades — is projected to go in the second round (52nd pick) of Dane Brugler’s latest mock draft at The Athletic. Getting a top-5 prospect at a valuable position in the middle of Round 2 feels like quite the value.

So, yeah, there is no shortage of receiver talent to be had in the first two rounds.

Laviska Shenault Jr. should be locked into a first-round pick, based solely on talent and collegiate production. Shenaullt has shown a solid route tree and an ability to get open, while also being able to catch passes in traffic, elude defenders, and make plays while catching passes from Steven Montez. That’s impressive, especially when considering that Montez one of the most underwhelming quarterbacks in this draft class.

If all things were equal, Shenault wouldn’t even be on our radar. But all things aren’t equal. Injuries caused a drop in production in 2019, then kept him from performing at peak levels at the Combine. In a league where availability is often viewed as the best “ability,” Shenault’s inability to be healthy recently is a red flag.

Where some teams might see it as problematic to draft a receiver with injury concerns, others could see an opportunity. If medical red flags allow a top-tier pass catcher to fall in the laps of a second-round team in search of big-play talent from a pass-catcher, a team like the Bears should do their due diligence. Otherwise, a speedster such as Brandon Aiyuk, Jalen Reagor, or KJ Hamler are options who don’t have the sane amount of medical red tape to clear on draft weekend.