Are There Any Draft-Eligible Tight Ends Who Can Help the Bears in 2020? Skip to content 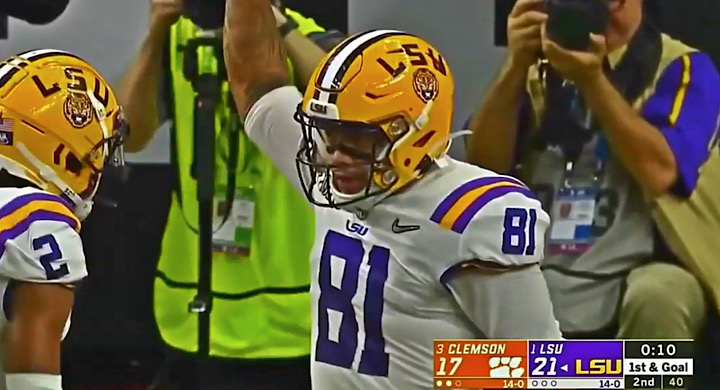 Here’s how the tight ends stack up (points in parenthesis):

Ignore the fact that the Bears have 10 tight ends on their current 90-player preseason roster. Alright, have you blocked that out? I hope so. Because even with 10 tight ends, the Bears still have a need.

Jimmy Graham is entering his age 34 season after two decline years in Green Bay. Trey Burton, Adam Shaheen, and Ben Braunecker are coming off season-ending injuries. Jesper Horsted and Eric Saubert were the last two tight ends called into action at season’s end because they needed bodies on the field. Demetrius Harris is strictly a blocking “Y” tight end. Dax Raymond isn’t even a year removed from being part of the draft process. Darion Clark was a college basketball player.

There are no long-term solutions in this group. Only short-term plug-in players and bridge pieces. At some point, the Bears need to identify, draft, and develop a tight end. The position’s importance in Matt Nagy’s offense is too much to ignore. It’s as simple as that.

It doesn’t look like a first-round tight end will emerge from this group, so everyone could be in play at some point in the draft for the Bears. Whether it’s Cole Kmet (Notre Dame) or Brycen Hopkins (Purdue) in the second round remains to be seen. But if it isn’t either of those prospects, then there appears to be a clump of players who could fit to be picked later in the draft.

While doing this exercise, I learned that 15 (!!!) players earned a top-10 positional prospect ranking from one of the draft analyst groups listed above.

I am admittedly a sucker for prospects with NFL blood lines. So when I saw that Thaddeus Moss was entering the 2020 NFL Draft class, I figured he had a shot to land in this portion of our positional preview. And because I feel as if it might have been blasphemous to be intrigued by a tight end prospect named Adam who played his college ball at a small Ohio school that isn’t a football powerhouse, I figured leaning Moss was a better call anyway.

In addition to being the son of NFL Hall of Fame receiver Randy Moss, Thaddeus played his college ball for the national champion LSU Tigers. Pro blood lines and a SEC pedigree are among the most intriguing things about Thaddeus Moss. But three nuggets in Moss’ NFL.com draft profile stand out most to me:

“Willing to get grimy as a run blocker”

That the younger Moss has two-way tight end potential puts him higher on my personal board than others might be comfortable with, but I am OK with that being the case. Modern NFL tight ends need to be able to block with authority and leak out into pass patterns. Otherwise, it will be easy for defenses to key in on particular offensive tendencies when certain tight ends and packages are in the game. Should Moss continue his development, he could be the type of hybrid tight end the Bears could deploy in a number of different ways.