Which 2020 Draft-Eligible Offensive Linemen Make Sense for the Bears? Skip to content 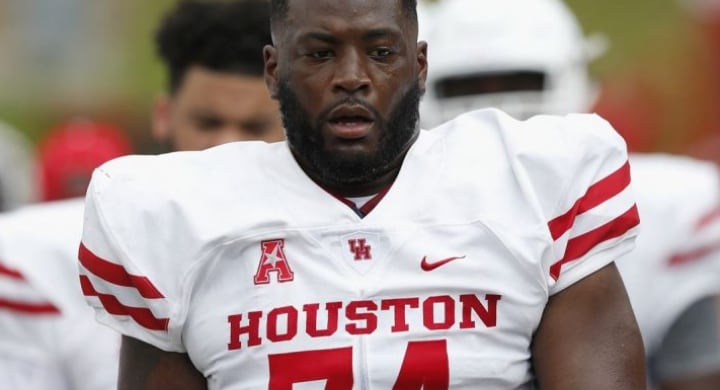 Here’s how the tackles stack up (points in parenthesis):

Here’s how the interior linemen stack up (points in parenthesis):

It’s a far cry from a group that collectively ranked in the top-10 heading into the 2019 season. And because everyone is a year older and coming off career-worst years, offensive line is viewed as a need.

Any number of prospects could be available when the time comes for Chicago to make its draft choices. Tackles such as Josh Jones (Houston) and Austin Jackson (USC) headline the group that figures to be available to the Bears. Meanwhile, interior linemen such as Cesar Ruiz (Michigan), Robert Hunt (Louisiana-Lafayette), Loyd Cushenberry III (LSU), and Jonah Jackson (Ohio State) are intriguing prospects at their respective positions.

Should the Bears wait until later in the draft, Charlie Heck (the son of ex-Bears offensive lineman Andy Heck) could be a target to keep an eye on.6

Should Josh Jones make it to the second round, he is the type of prospect I would hope the Bears are willing to roll the dice on when they go on the clock. Jones has ideal size (6-5, 319 pounds), extensive starting experience at left tackle, and enough athleticism to potentially move inside in a pinch, then back outside if necessary.

Selecting Jones and plugging him in as a short-term starter at guard, the possibly moving him to tackle would be similar to what the previous regime did with Kyle Long. And that worked out pretty well for the time Long was healthy. Considering the Bears’ immediate need at right guard, as well as its future needs at tackle, drafting Jones makes sense.