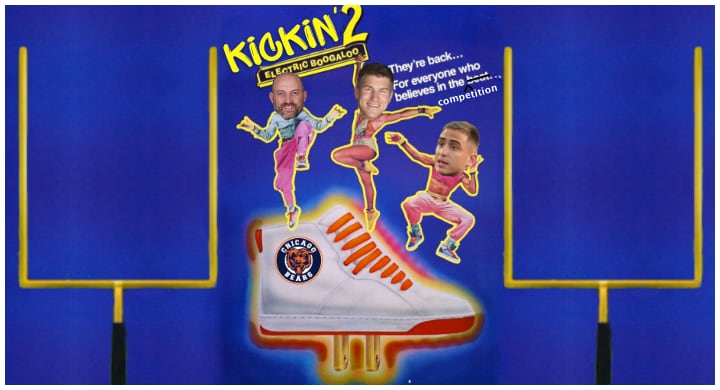 The Chicago Bears announced a flurry of moves this afternoon.

Wait … what? Another kicker.

Ahmed played his college ball at Nevada, where he spent two years kicking for the Wolfpack. He was plucked from a student tryout before the 2017 season, where he would go on to become the team’s kickoff specialist. A year later, Ahmed won a kicking competition as a senior in 2018. That year, he was successful on 15 of 20 field goal tries and went 40-for-44 on PATs.

Save for “The Empire Strikes Back,” “Major League II,” “The Dark Knight,” and “The Godfather II,” sequels rarely are as entertaining as the original. But Kicker Competition II: Electric Boogaloo will certainly try its best to buck the trend. After all, Eddy Piñeiro knew competition was coming for him in one way or another.