REPORT: The Bears Are Releasing Trey Burton Skip to content 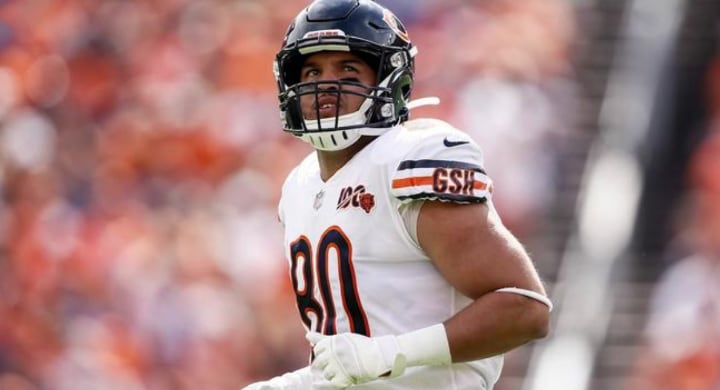 When the Chicago Bears signed Jimmy Graham, it brought their tight ends room to a whopping 10 players at the position. And while I had my questions about where Trey Burton would fit in among that crowd, I figured things would work themselves out whenever training camp and preseason rolled around.

Source: The #Bears are releasing TE Trey Burton. Another accomplished veteran on the market.

Surprise! The Chicago Bears are releasing Burton. I can’t say I saw that coming. Adam Jahns of The Athletic reports it is a post-June 1 cut for Burton, which allows the team to spread the cap hit over multiple years.

Some particulars regarding the cap situation and Burton’s cut, as we scramble to understand what just happened:

Burton has $4 million guaranteed this season, subject to offset, meaning whatever Burton’s next team pays him would come off the #Bears’ tab. https://t.co/PUsPLflZRi

The decision comes two years into the four-year contract Burton signed as a free agent in 2018. During his two years in Chicago, Burton caught 68 passes, gained 653 yards, and scored six touchdowns over 24 games. A bulk of his production came during his first season in 2018, a year in which he snagged 54 catches, picked up 569 receiving yards, and scored six touchdowns. Burton played all 16 regular-season games in 2018, but suffered a groin injury that kept him out of the team’s playoff loss to the Eagles, then sustained a sports hernia injury during training camp that limited him to eight games and ultimately landed on injured reserve after a problematic calf injury popped up in 2019. Burton also had offseason surgery, though he was expected to be ready for training camp this summer.

Much like the front office expressed some semblance of faith in Mitch Trubisky and Leonard Floyd with public displays of support, the Bears offered similar verbal backing to Burton early in the offseason. Although, that didn’t keep us from believing Chicago would shop elsewhere for tight end help. And they did, though more help could (probably will?) be coming in next week’s NFL Draft.