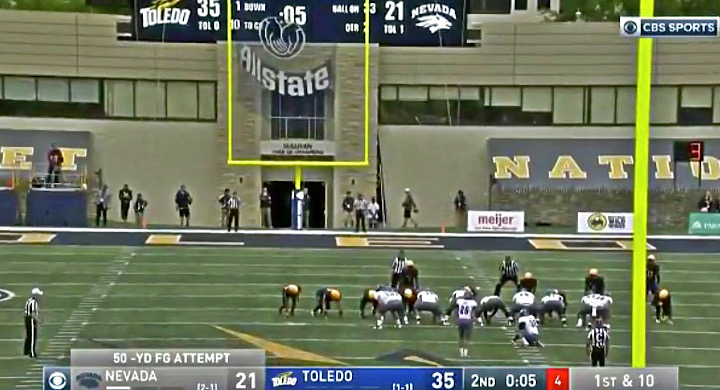 I’ve never seen New York like this. And I’m sure you haven’t either. So here’s a look:

Ryan Pace on TEs on 4/3: "We know we have some decisions we have to make across the board at that position. We aren’t there yet but we are definitely happy that Jimmy is in this offense, and also that Demetrius Harris is in this offense – that’s a good addition for us as well.”

Burton's situation with the Bears is why its so important for players to get the early vesting date on the 3rd year of their contract. Burton benefited tremendously because he had that. Teams on the other hand should be really cautious with who they do it with. This was a bad use

I wouldn't be surprised if Trey Burton ended up in Jacksonville. Could see Jay Gruden liking his playstyle for the #Jaguars.

Risky to do so. All have worked out. Don’t sit back and wait#NFLDraft

Ramiz Ahmed cuts into the @ToledoFB lead as time expires.

Easy for Ramiz! Ahmed drills his second field goal of the game to put Nevada within one in the second quarter!#BattleBorn // #NevadaGrit pic.twitter.com/bjvKKOwMe3