LOL: Tom Brady Was Thrown Out of a Tampa Park for Breaking COVID-19 Rules Skip to content 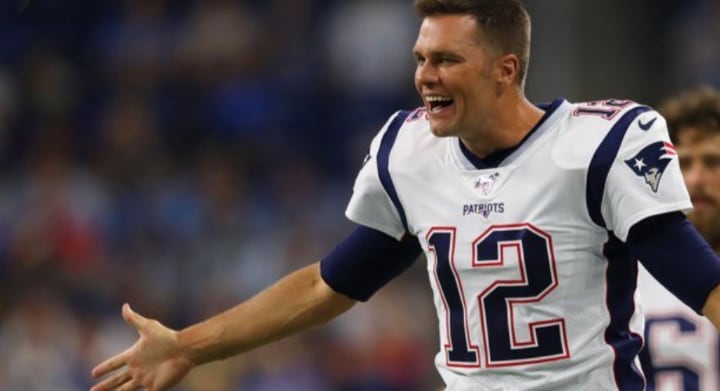 Tom Brady is one of the most famous and successful athletes of all-time, and normally (I assume) that allots him certain special privileges. Or maybe that was just in New England.

Now living in Tampa, where he signed a two-year, $50 million deal with the Buccaneers earlier this year, Tom Brady tried to break quarantine with a little romp in a public park, but was told to leave by a Tampa Parks and Recreation staffer according to Mayor Jane Castor!

Tampa mayor Jane Castor said today that Tom Brady was cited for working out in a closed downtown #Tampa park.

I think Castor was just a little proud of this story, eh?

“I got to tell you this story, too. I always tell people, ‘Now I’m not one to gossip so you didn’t hear this from me,'” Castor said during a Facebook live chat with St. Petersburg Mayor Rick Kriseman on Monday.

“But you know our parks are closed down and so a lot of our parks staff, they patrol around just to make sure people aren’t doing contact sports and things and saw an individual working out in one of our downtown parks. And she went over to tell him that it was closed and it was Tom Brady.”

Although Brady was alone – and he’s Tom Freakin’ Brady – the parks are closed for a reason and everyone must play ball. Er, well, in this case, we needed one person to not play ball. Not in the public park. But you get the idea. It couldn’t have been easy to tell your city’s brand new, very shiny and expensive new toy to beat it, but that parks and rec worker did exactly the right thing.

Even still, the city offered some apologies later on:

Sorry @TomBrady! Our @tampaparksrec team can’t wait to welcome you and our entire community back with even bigger smiles — until then, stay safe and stay home as much as you can to help flatten the curve. https://t.co/qRhReqqdK0

Though they must’ve received some backlash (or maybe they just like throwing shade), because they even tried to clear up some confusion about whether he was sighted or cited – in other words, he was spotted and kicked out, but not given a ticket:

Just to clarify one point from the Tom Brady/city parks story today. Mayor Jane Castor didn't mean to suggest that Brady was issued a citation for working out in a city park — "he has been sighted," like seen and not cited was the intent, per City of Tampa spokesperson.

Tom Brady kicked out of Tampa Park is not something I’d think I’d ever write. Life is weird. Go wash your hands.