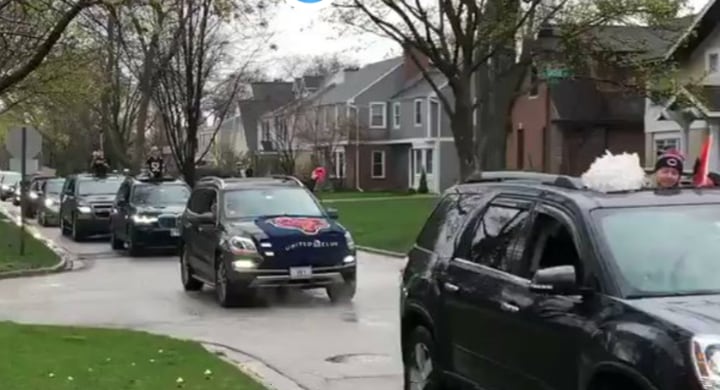 The Bears first pick in the 2020 NFL Draft didn’t come until the second round, but that didn’t stop that man’s home town from throwing him a parade.

Indeed, before becoming a two-sport athlete at the University of Notre Dame, tight-end Cole Kmet grew up in Arlington Heights, IL. And they didn’t let him forget that, once he was selected by his hometown Chicago Bears with the 43rd pick in the 2020 NFL Draft.

Clearly, his family and friends are happy to avoid rooting for two NFL Teams.

And remember, this is what his family looked like when they found out the good news yesterday:

Dude. How can you not love this?

It's Cole Kmet and his family finding out that he'd been picked by the Bears.

Oh … and he’s a Cubs fan. I guess I can get behind this pick, after all.