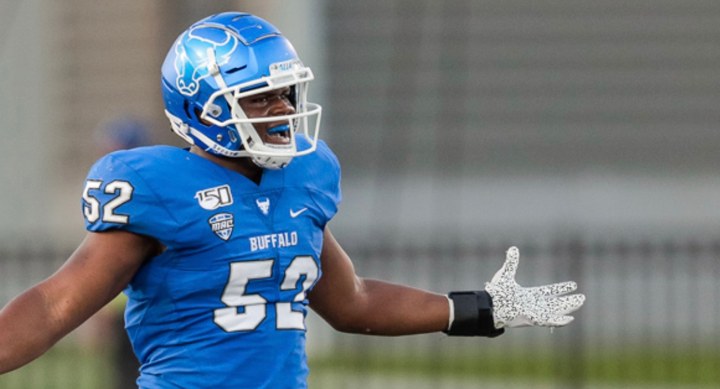 The Bears wrapped up the 2020 draft only a little bit ago, but you know how it goes: now it’s time to pounce quickly on undrafted free agents that you’ve been courting.

To that end, Luis will have more on these guys in the coming days as signings are made official, but here are the early deals for the moment … including signing Khalil Mack’s brother:

When Aaron Rodgers sees the Mack brothers line up together … pic.twitter.com/9oM79KMnCP

The Bears have another Oregon State running back on their roster: Artavis Piece has signed as an undrafted free agent, he tweeted. He joins former teammate Ryan Nall in Chicago.

God is the greatest. Thank you for the opportunity of a lifetime. @ChicagoBears #MonstersOfTheMidway

Duke DL Trevon McSwain expected to sign with #Bears as an undrafted free agent, the kind of move @PatrickMannelly can get behind.

The Bears are signing Kentucky receiver Ahmad Wagner, he said on Twitter. The 6-foot-5, 234-pound target played a season for Iowa's basketball team before transferring to Kentucky's football program.