Finally, Some Offensive Linemen! Bears Draft Arlington Hambright and Lachavious Simmons in the 7th Round Skip to content 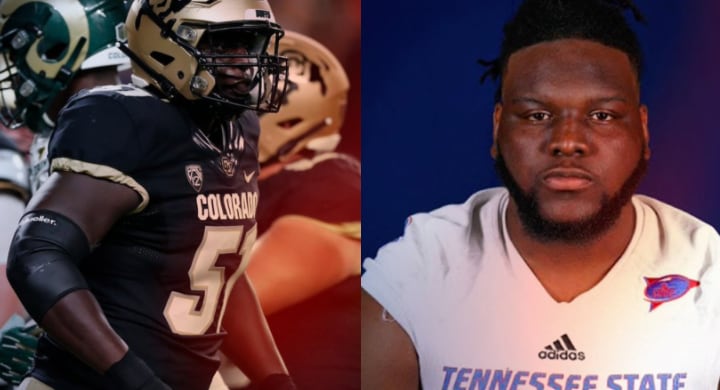 I was starting to worry the Bears didn’t get my memo about the need for offensive linemen. Because after using free agency to take a flier on Germain Ifedi, six rounds of the draft flew by without the Bears taking a single one.

But when given back-to-back picks in the seventh round, Chicago did some double dipping to add beef to the offensive line.

Check out the new guys:

In addition to adding a pair of prospects with cool names, the Bears added some much needed size and possible depth along the offensive line with Colorado’s Arlington Hambright (pick No. 226) and Tennessee State’s Lachavious Simmons.

Hambright, listed at 6-5 and 300 pounds, is a well-traveled offensive line prospect. He spent time at Garden City Community College, where he played on the 2016 NJCAA national championship team that went 11-0. Hambright then took his talents to Oklahoma State, where he started the first six games of the year before an injury sidelined him until the Liberty Bowl. He finished his collegiate career at Colorado, where he started all 11 games and was the Pac-12’s Offensive Lineman of the Week when the Buffaloes played Stanford.

More on both of these prospects later.