It's Time For the Bears to Draft a Quarterback ... Right? Skip to content 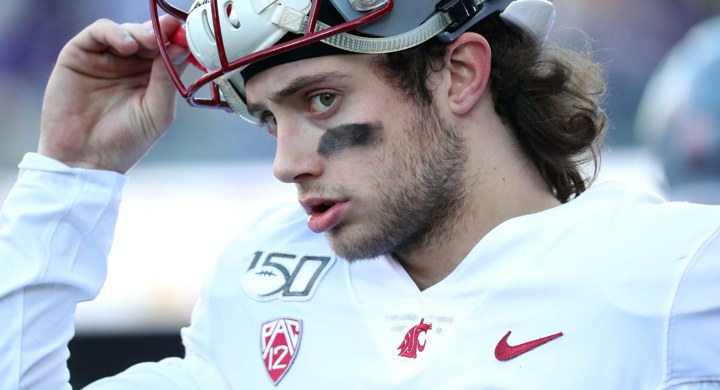 It’s only the most important position in the game, and arguably, all of sports.

Ryan Pace is about to work the final rounds of his sixth draft as the Bears’ general manager. And to this point, he’s taken just one (1) quarterback overall. In a league that’s made it easier than ever for the passing game to flourish with its rules tweaks over the years, the lack of home-grown quarterback who could – at a minimum – navigate the offense in a pinch if QB1 went down is maddening.

As things currently stand, the Bears do not have a long-term quarterback option. Mitch Trubisky is in the final year of his rookie deal, and his fifth-year option is in jeopardy of not being picked up by the team. Nick Foles re-worked his deal upon arriving to Chicago, but he has opt-outs that could make him a free agent as soon as next season.

With that in mind, here is who ESPN ranks as the best available quarterbacks:

This tweet from 2018 suggests (1) how highly some evaluators used to think of Fromm and (2) how much the quarterback landscape can change when others develop:

Should a prospect such as Fromm, Gordon, Eason, Love (not to be confused with the other Love), Luton, or McDonald drop to where the Bears are picking at 163, then it could be quite a value play for the Bears to take their quarterback late.

For good measure, here’s who CBS Sports has as their best available quarterbacks (pre-draft overall rank in parenthesis):

In the eyes of CBS Sports’ big board makers, taking Jacob Eason at this point in the draft would be the steal of all steals. To get a second-round talent and top-50 overall prospect on Day 3 should have teams in need of quarterback help running to the virtual podium to scoop up Eason.

Now that we have that information at our disposal, here is our composite ranking of the available QB prospects:

It’s worth noting that Fromm, Eason, Gordon, McDonald, and Huntley are the only quarterbacks who show up in the top-10 of each of these three rankings. Which just goes to show the variety of live opinions on the prospects playing the most important position in football.