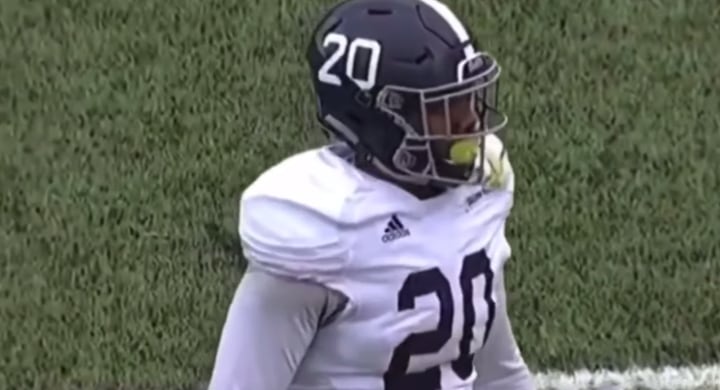 The Chicago Bears continue to bulk up on a defense that has finished in the top-10 in scoring and yardage in each of the last three years.

Earlier in the fifth round, it was pass-rusher Trevis Gipson from Tulsa. And with the team’s *OTHER* fifth-round selection, the Bears are bringing in another cornerback.

Another Monster added in Kindle Vildor.

Georgia Southern’s Kindle Vildor is the newest member of a growing Bears cornerbacks room. A group that already featured Kyle Fuller, Buster Skrine, and Kevin Toliver II has since added Tre Roberson and Artie Burns as free agents, as well as Jaylon Johnson, and now, Vildor as draft picks. That’s a whole lot of competition, which is probably good considering the depth of receivers around the league.

Vildor is a relative unknown on our radar, so I’m looking forward into digging more into his profile and tape. In the meantime, this tweet opened my eyes:

#Bears get a press corner in Kindle Vildor who attacks the ball well. Looked good against Clemson's receivers. #NFLDraft