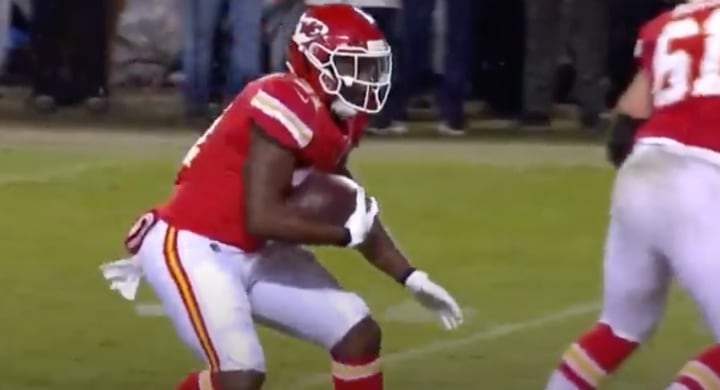 Clichés become just that, in part, because there was a morsel of truth in them at some point.

Take the old adage of one man’s “trash” being another man’s treasure. It’s one of the oldest lines in the book. And yet, it applies directly to the NFL, particularly when teams begin to add waves of free agents in the days after the NFL Draft. After all, whenever teams make additions to their roster, they’ll eventually have to make cuts. And one man’s cuts ….

With that in mind, I found Bill Barnwell’s most recent piece at ESPN to be interesting. Barnwell offers up one player who will be cut or traded from each of the NFL’s 32 teams now that the draft is in our rear-view mirror. The predicted Chicago Bears cut is an easy one — tight end Adam Shaheen. Not only do the Bears have nine tight ends on the roster, Shaheen’s production has yet to match where he was picked in the draft. Further, he has missed significant chunks of seasons due to injuries in each of his three years in the league. Between a lack of production and an inability to stay healthy, predicting Shaheen as being on the cutting block is a layup.

So with that being said, I found myself scrolling through Barnwell’s piece in search of players the Bears could fancy should they become available. Here’s what I came up with:

The Bears added a running back as part of their undrafted free agent signings. But if they would prefer someone with some pro experience and possible knowledge of Matt Nagy’s system, perhaps Williams makes sense. Williams has special teams experience and could be someone brought in to win a camp battle.

Houston probably shouldn’t be dropping pass-catchers, but Stills pops up on Barnwell’s list. The Bears reportedly pursued Stills in 2017, but he turned down an offer from Chicago to sign elsewhere for less. Clearly, the front office liked the former Saints standout back then, and it’s fair to wonder if the feeling remains.

Not only did the Bears opt not to draft a quarterback over the weekend, they didn’t sign one as part of the first wave of UDFA signings. Save for Ben DiNucci of James Madison, they have yet to be publicly connected to any of the undrafted signal callers. Maybe they have something else in mind? It doesn’t take much of an imagination to envision the Bears kicking the tires on Rosen, who has seen both the Cardinals and Dolphins draft first-round quarterbacks while he was on the roster. That’s gotta hurt.

Warford is in the final year of his deal and comes with an $8.5 million price tag. But after re-siging Andrus Peat and adding first-round pick Cesar Ruiz, Warford doesn’t seem long for New Orleans. Warford has 44 starts at guard under his belt over the last three years with the Saints. It’s easy to see a scenario play out where Bears GM Ryan Pace calls his old organization to inquire about a lineman if the players he brought into the fold in the offseason don’t pan out.

The Bucs seem cool with the idea of rolling with Rob Gronkowski and O.J. Howard as the tight end tag team catching passes from Tom Brady. That leaves Brate as a possible odd-man-out. Brate, 28, is a Naperville native who played his college ball at Harvard. Sure, Chicago already has a Harvard man among its tight ends. But Brate has some solid pass-catching seasons on his résumé (57-660-8 in 2016; 48-591-6 in 2017) and could upgrade a position group the Bears appear to be obsessed with fixing.