Something to Keep in Mind: The 2021 NFL Draft Class of Offensive Linemen Looks STACKED Skip to content 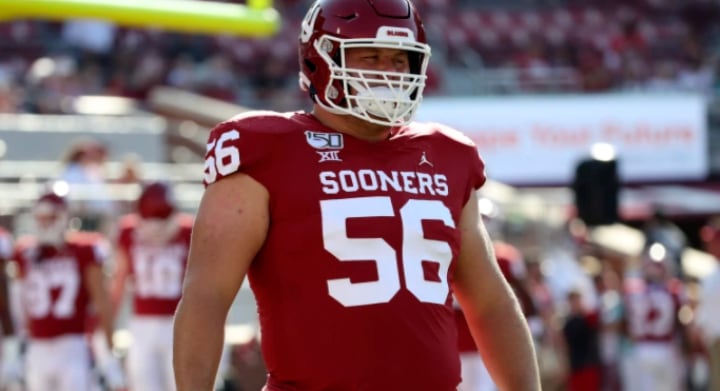 For those of us already peeking at the 2021 NFL Draft class (*raises hand*), there’s going to be a focus on the quarterback position.

After all, Mitch Trubisky is entering the final year of his rookie deal, which could be his last in a Bears uniform. While Nick Foles appears to be nothing more than a bridge guy under center (he can opt out as soon as after this coming season). And because quarterback is the most important position in sports, we’re going to be a bit obsessive about monitoring the situation, so long as Chicago’s football team doesn’t have a legitimate long-term option locked into place.

But there’s something else that should absolutely NOT be overlooked as we discuss the future:

The 2021 NFL Draft class appears to be loaded with quality first-round offensive linemen.

This is good news for a Bears team that will have one tackle entering his age 30 season and another sets into his age 32 campaign. And that the Bears could create ample cap space by parting ways with Charles Leno Jr. ($6.2M) and/or Bobby Massie ($5.4M) only amplifies how important it will be for us to (1) keep some perspective beyond our desire to land a premier/franchise QB and (2) realize that a lock-down offensive tackle prospect could be almost as valuable as the signal caller he protects.

With that in mind, I found it interesting that Matt Miller (Bleacher Report) has five offensive tackles going in the first round of his 2021 mock draft – store away the names of Penei Sewell (Oregon), Samuel Cosmi (Texas), Alex Leatherwood (Alabama), Walker Little (Stanford), and Jalen Mayfield (Michigan).

I know it’s ridiculously early to start thinking about 2021, but I can’t help it. And I absolutely *LOVE* what the Miami Dolphins did in the 2020 NFL Draft, teaming their first first-round pick (Alabama QB Tua Tagovailoa) with their second (Southern California OT Austin Jackson). If the Bears followed this blueprint, it’d represent a shift in the franchise’s philosophy, which has rolled the dice on mixing second-rounders (Cody Whitehair, James Daniels), development projects (Leno), and perfectly average, high-floor veterans (Massie) in building the line. I suppose building a line with some high-ceiling first-rounders could help lift the room. And while this would be a step outside the box for the Bears, drafting a long-term tackle solution to protect the next quarterback they hitch their wagons to would be a sensible idea that I think everyone can get behind.

After all, drafting a franchise quarterback without backing it up with adequate protection is a death wish. Just ask any failed quarterback prospect, many of whom could point to inadequacy at the line of scrimmage as to a main reason why things didn’t go as well as they could have when they were given the keys to an organization’s most valuable position.