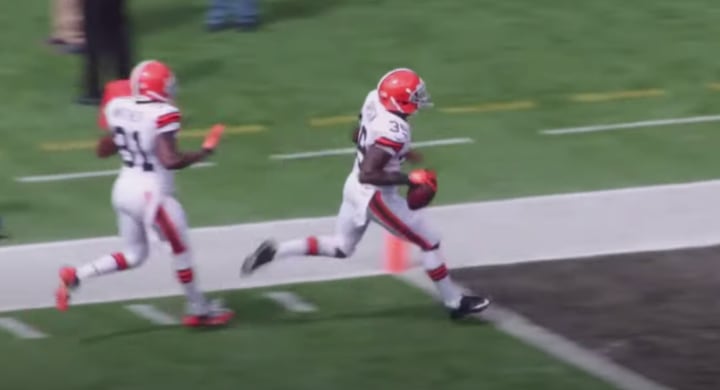 The Chicago Bears just added an intriguing free agent safety, who’ll jump straight to the front of the line as Eddie Jackson’s tag team partner in the secondary.

The deal comes one offseason after the Houston Texans signed Gipson to a three-year deal worth more than $22 million. Gipson played 14 games for the Texans last year, but ended the year on injured reserve with a back injury. He has experience at both safety spots, but it’s safe to assume Gipson will slide right into the position vacated by Ha Ha Clinton-Dix.

Gipson, 29, is a well-seasoned safety and an upgrade to a position group that featured the likes of Deon Bush and Jordan Lucas jockeying for position to start opposite of Jackson. The 2014 Pro Bowler has 112 games (104 starts) under his belt, having played for the Browns (2012-15), Jaguars (2016-18), and Texans (2019). Gipson also has 23 career interceptions, 47 passes defended, and three pick-sixes to his name.

The latest of which was this one:

We’ll do some deeper diving into Gipson shortly. But for now, his reported arrival to Chicago is expected to further boost a defense with eyes on a fourth consecutive season among the top-10 in scoring and yardage.