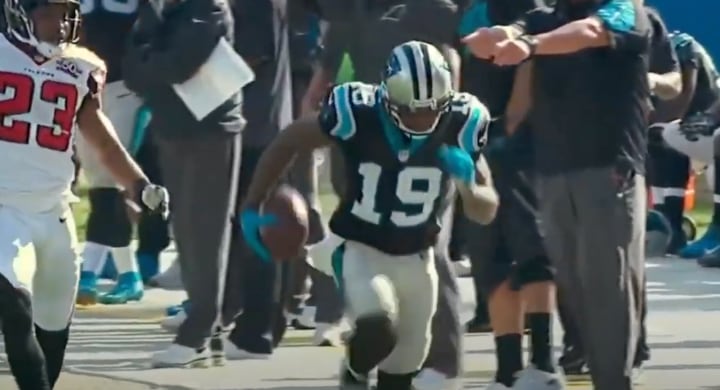 Even after drafting Darnell Mooney, the Chicago Bears had a need for speed.

And according to NFL Network insider Ian Rapoport, the Bears are set to take another step toward doing so by adding to their receivers room

The #Bears have agreed to terms on a 1-year deal with veteran WR Ted Ginn Jr, source said. Chicago has been searching for a speed WR, now they have one.

Ginn, who turned 35 earlier in April, has spent the last three seasons with the New Orleans Saints, where he has averaged 14.2 yards per catch, collected 100 catches, gained 1,417 yards, and scored eight touchdowns in 36 games. Ginn spent those three years with the Saints after turning down the Bears’ reported overtures in the offseason of 2017.

After releasing Taylor Gabriel earlier in the offseason, the Bears have been needing to add a speed element to their group of receivers. To be clear, this is no slight on whom the team already has in the room. But with Riley Ridley and Javon Wims behind Allen Robinson II and Anthony Miller on the depth chart, Chicago has an overload of possession receivers who have size, but not burner speed. Even at an advanced age, Ginn can still get it done vertically with a burst. How much he still has in the tank remains to be seen, but he is worth a flier as a receiver (and possibly even as a return specialist).

I feel as if this is a fair assessment of what Ginn brings to the table:

We’ll have more on Ginn later.