Are the Bears Preparing to Change Their Offensive Scheme? Skip to content 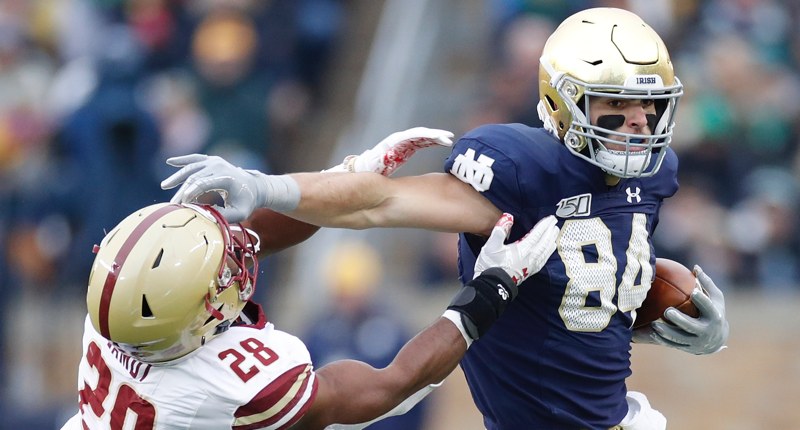 Education time: The “12” personnel package features one running back, two tight ends, and two wide receivers. And while “11” personnel (1 RB, 1 TE, 3 WR) is the base for a good chunk of football, the Bears simply don’t have the bodies to make that their go-to package heading into the 2020 season. Trying to get into Ryan Pace’s head is a perilous task, but it is possible that the Bears GM’s plan of attack this offseason was to re-shape the tight ends room as part of a larger goal to re-shape the schematics of the offense.

We can quibble about the players with which Pace chose to go to battle, but from a concept standpoint, I think I can get behind an increased usage of “12” personnel — especially if it can provide the extra pass-protection and additional run-blocking advantages.

With that in mind, ESPN analyst Matt Bowen took a look at some of the top fits from the 2020 NFL Draft class, highlighting 10 rookies to keep eyes on who appear to have landed with the perfect team. Among them is Cole Kmet, whose selection by the Bears has been polarizing in some circles.

Here’s what Bowen had to say for Kmet being a perfect fit for the Bears:

“Kmet gives Matt Nagy’s offense a true inline tight end with the pass-catching skills to fit in his system. In addition to giving Chicago an extra gap in the run game as a blocker, Kmet can stretch the seams, run crossers/pops off play-action and RPOs, while also seeing the ball on inside sit routes to move the chains.”

The learning curve for tight ends tends to be tough. But Bowen maps out how Kmet could be used effectively right out of the gate. This could be important as the Bears look to start fast.

But for Kmet to make the most of the fit, he’ll need to be on the field. Getting enough burn to make the type of impact Bowen believes he can might be a challenge in the early going. And for that to happen, Chicago will need to change up its personnel packages. But perhaps that is coming down the pipeline, as predicted.

Indeed, the Bears are in a unique situation to make this work. Check out this interesting nugget about the 2018 Philadelphia Eagles’ offense:

The 2019 Eagles are an even better comparison for the Bears to look at as they prepare for 2020. That group had two good tight ends (Zach Ertz, Dallas Goedert) and minimal wide receiver depth. So it made sense for them to deploy an increased usage of “12” personnel. And considering the uncertainty on the wide receiver depth chart behind Allen Robinson, perhaps this is the most logical move. At minimum, it’s something to be on the lookout for when football resumes later this year.