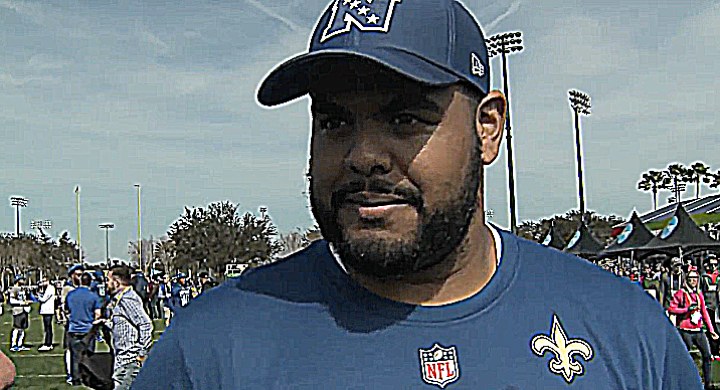 Offensive line play was a bug-a-boo for the Chicago Bears in 2019, but the team hasn’t done much on the transaction wire to re-shape the group.

Perhaps there is a quiet confidence in Charles Leno Jr., James Daniels, Cody Whitehair, and Bobby Massie to revert to their pre-2019 form. Maybe there is a belief that Germain Ifedi’s move to the inside will help solidify the group. But it’s also possible the Bears could be lying in the weeds waiting for teams to trim some payroll off rosters to pounce on the right fit.

To that last point about a fit that pops up unexpectedly, I think Larry Warford fits the bill:

Source: The #Saints have cut guard Larry Warford, who will be one of the top FAs available.

NFL Network insider Ian Rapoport reports the Saints have cut offensive lineman Larry Warford, adding that the 28-year-old will be one of the free agents available once he hits the market. (NOTE: It’s official.)

It’s not as if Warford’s performance has been on the decline in recent years. Warford is coming off three straight trips to the Pro Bowl since signing with New Orleans in 2017. And his 2019 season was one in which he was Pro Football Focus’ eighth-highest-graded guard. Warford has graded out as a top-30 guard in each of seven years as a pro, with three of his last four seasons earning grades that landed him among the top 17 players at his position. That’s pretty darn good. And considering that the Bears played a converted nose tackle at right guard for a majority of the season, Warford would represent a significant upgrade at the position.

According to OverTheCap.com’s calculations, the Bears have $9,247,598 in available cap space for the 2020 season. That feels like ample room to add a serious boost to the offensive line. That is worth keeping in mind as a premier free agent target (and possible perfect fit) has emerged.

The #Bears have expressed interest in 3-time Pro Bowl guard Larry Warford, who was cut by the #Saints earlier today.

What's unknown at this early juncture is what kind of market will emerge for the veteran.

Chicago Tribune reporter Brad Biggs hears the Bears are interested in pursuing Warford, but are unsure how his market will shake out. Another team reportedly interested in Warford is the Texans, according to Houston reporter John McClane.