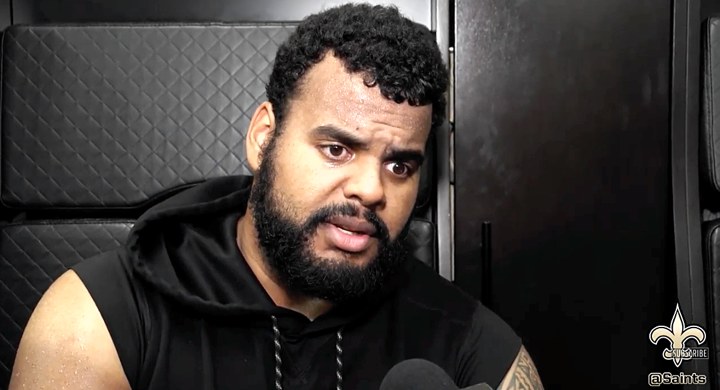 When news surfaced that the New Orleans Saints were releasing guard Larry Warford, I immediately wondered if the Chicago Bears should come calling.

The #Bears have expressed interest in 3-time Pro Bowl guard Larry Warford, who was cut by the #Saints earlier today.

What's unknown at this early juncture is what kind of market will emerge for the veteran.

Biggs reports the Bears have expressed an interest in signing Warford. And with good reason. Warford is a good player at what is still viewed as a position of need at guard.

Warford has been a starting guard in each of his seven seasons in the NFL. The last three of which have come with the Saints, protecting quarterback Drew Brees and clearing holes for running back Alvin Kamara. Warford has made the Pro Bowl in each of those years, while also ranking among the 25 best guards according to Pro Football Focus’ grading scale. The combination of durability (Warford has played in at least 13 games in each year of his professional career) and excellence should make him a highly sought after free agent now that he is on the market.

Also, the Bears started a converted nose tackle at right guard after Kyle Long went on season-ending injured reserve. So to say Warford would be an upgrade at the position would be an understatement.

Of course, Chicago isn’t the only team in need of offensive line help. And that’s where the catch might be in the Bears’ pursuit of offensive line help at this stage of the offseason. John McClain of the Houston Chronicle reports the Houston Texans were one club that showed an early interest in Warford. The Texans, who OverTheCap.com estimates has $18 million in available cap space at the moment, could look to beef up the line in front of Deshaun Watson. Houston’s star quarterback has been sacked 106 times in 31 games played over the last two seasons, which isn’t ideal. For what it’s worth, the Bears have an estimated $8.765 million in available cap space.

In any case, we’ll continue to keep an eye on this situation, as the Bears could find themselves signing a late-in-the-offseason gem (if they can hold off a team they are scheduled to face later in 2020).