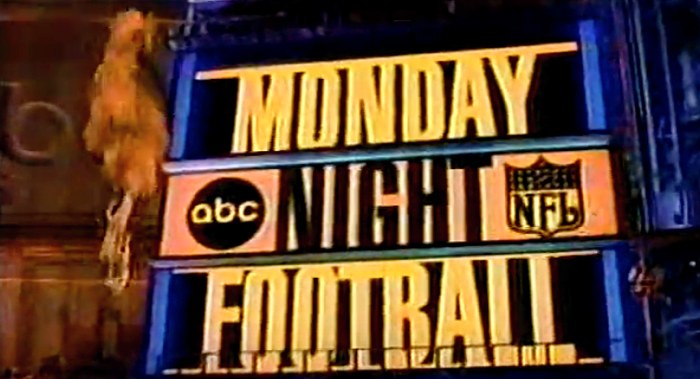 Mother’s Day is the special time of year when you get to celebrate your first best friend and the person you always turn to when you need advice. Mother’s Day is also a great time to show your love for all the other… https://t.co/6JU8uKqDDE

Happy Mother’s Day to the moms among you who are reading this post. Here’s hoping today is one where you can relax and enjoy things.

•   When football returns and you turn on Monday Night Football in Week 1, it’s going to sound different than the last time you tuned in:

NEWS: The leading candidates for Monday Night Football and what is next for Tess & Booger.https://t.co/88EfubbAW5

•   Media reporter Andrew Marchand of the New York Post confirms reports that MNF play-by-play voice Joe Tessitore and analyst Anthony “Booger” McFarland won’t be back in 2020. Both will retain roles at ESPN, with Tessitore shifting over to college football games and McFarland pivoting to an in-studio analyst position. But there will be new voices for ESPN’s prime-time games.

•   Monday Night Football has been in flux since ESPN allowed Mike Tirico to leave for NBC. Since then, the network promoted Sean McDonough to team with analyst Jon Gruden before jettisoning McDonough back to college games when Gruden left to return to the Raiders. And it looks like the same will be done with Tessitore, whose teaming with Jason Witten and McFarland never caught on. MNF has reportedly swung and missed at some big names, failing to lure Al Michaels, Peyton Manning, Tony Romo, and Drew Brees. Maybe the big fish will bite in 2022, when ESPN can shift its premier football games to ABC (where it can possibly angle to push for a Super Bowl).

•   So who’s in line to get ESPN’s most prominent NFL gig? Steve Levy is the reported favorite to be tapped with play-by-play responsibilities, while Dan Orlovsky, Louis Riddick, and Brian Griese are among those who are considered to be favorites to take over in the analyst chair. Orlovsky does good work analyzing quarterback play, while Riddick has experience as a player, team executive, and studio analyst. I’m more familiar with Brian Griese’s dad’s TV work than his, but I’m willing to give it a shot.

•   While I enjoy Riddick’s candor behind the mic, part of me selfishly doesn’t want him to take on that role because it could ultimately take him out of the running for future front office gigs. Not that I’m looking to fire Ryan Pace right now this second, but I would be lying to you if I said I wasn’t mildly intrigued by the idea of Riddick reuniting with Matt Nagy if push came to shove. Remember, the two worked together in Philadelphia. And since we’re a long way from having that conversation, I’ll end it right here.

•   Other MNF possibilities Marchand references: Kurt Warner and Nate Burleson as analysts. He also tosses out the idea of promoting ESPN’s top college broadcast team of Chris Fowler and Kirk Herbstreit, which would certainly be an outside-of-the-box idea.

•   Shlomo Sprung (Forbes) has some ideas on how ESPN can properly outfit its Monday Night Football broadcast crew. In addition to Warner and Burleson (who were mentioned by Marchand), Sprung chimes in with Randy Moss and Mina Kimes as internal hires who would bring strong and fresh voices to the booth. As for a play-by-play option, I love the idea of poaching Ian Eagle from CBS. The network broke up the Eagle-Dan Fouts broadcast team earlier in the offseason, but is still one of the best big-game voices in sports.

•   I’m still partial to Kevin Harlan getting the call to make the jump from being CBS’ No. 2 guy behind Jim Nantz. But I’m open to ideas.

•   Some of the reply tweets to this had me laughing out loud:

I’m reminded that the Bears roster is at max capacity. So to sign free agent G Larry Warford, they’ll need to cut someone.

I won’t name names, but I’m sure you folks could come up with someone to squeeze off the roster to make space for a Pro Bowl guard …

•   For those of you who think cutting Mitch Trubisky is an answer to anything, just know there are no cap-related benefits to cutting the other quarterback in the open competition. Or in other words, there is no money that can be freed up by parting ways with Trubisky. I understand where you’re coming from when you see Trubisky’s $9,237,593 in salary as something that could be moved to create cap room for other pieces to the puzzle. It’s just not realistic. Sorry to let you down.

•   Watching the greatest quarterback to ever do it take one last snap at Soldier Field is going to cost a pretty penny:

What about Bucs road games in 2020? The most expensive ticket easily looks to be Bucs-Raiders in Las Vegas, drawing $300+ per ticket on secondary market. Cheapest for the rest?

•   And if you think those costs are wild, just wait until you see the prices for the Bears-Bucs NFC Championship Game rematch in January.

•   When you have just eight home games, tickets are bound to be expensive:

•   Even though he is an ex-Bear, I can vibe with this love for Nick Kwiatkoski:

•   We have plenty of time until we get to the point where we’re doing deep dives into what’s going on regarding the inside linebacker depth chart. But once in a while, I think about how Joel Iyiegbuniwe and Josh Woods need to be up to the task of filling in the roles held previously by Kwiatkoski and Kevin Pierre-Louis. Maintaining depth as a strength isn’t easy.

•   Come for the Derrek Lee laser show, stay for Vin Scully behind the mic:

•   Finally, some good news trending in the right direction:

We're always searching for any bit of good news we can find, and here is some: national tests over 300K for three straight days, and 10% or lower positive rate for the past week. This is (finally) clear progress on testing. https://t.co/BziFpGHBMv pic.twitter.com/ADBk3gXjDN