The Bears Are Predicted to Be a Terrible, Horrible, No-Good, Very-Bad Team in 2020 Skip to content 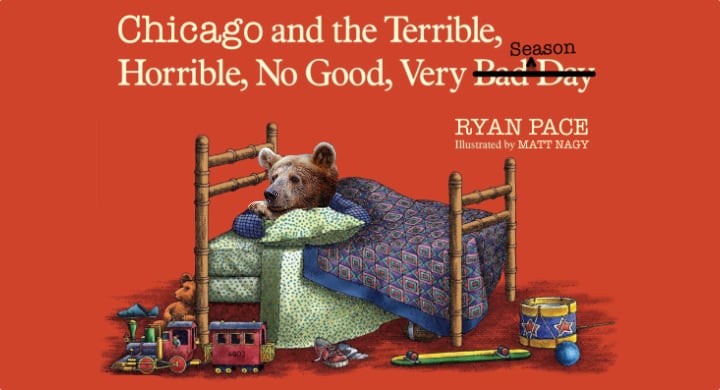 A year ago at this time, whispers of the word “regression” began to surface around any discussion of the 2019 Chicago Bears. But one year later, instead of regression, some NFL analysts are predicting full-fledged free-fall.

Behold Nate Davis’ 2020 predictions (Note: These are not projections, as they’re based solely on his personal outlook of the 2020 NFL season, not some broader statistical model (though they still have value as another external data point for our own analysis)) via the USA Today:

That’s not fun. Heck, that’s worse than perennial bottom feeders such as Washington, Detroit, Cincinnati, Cleveland, Arizona, and the Jets. Having the same record as the Panthers and Jaguars, all while generally huddling among the worst teams in football isn’t where the Bears expect to be this season. That much is clear based on the moves they’ve made this offseason, seemingly to win now. But if they are worse than the Raiders three seasons after the Khalil Mack trade, there are going to be major problems on the horizon – for the front office, for the coaching staff, for key players on the roster.

So what do we say to this?

Well, last year, we pushed back against the regression chatter. But that didn’t keep the Bears from turning a 12-win division champion into an 8-win slog that hung around the fringes of playoff contention solely on the strength of their top-shelf defense. So … yeah. Maybe the Bears will be bad this year. If Mitch Trubisky’s struggles and inconsistencies continue and if Nick Foles’ knowledge of the offense doesn’t translate into an improved unit, then maybe 3-13 isn’t crazy talk.

Then again … Davis predicted the Bears would go 11-5 last year (losing to the Eagles in the NFC Championship Game), and they obviously came well short of that. So … I guess pobody’s nerfect? In all honesty, I’d take the over on a 3-13 Bears season in 2020 with relative ease. They’re not a perfect team – clearly – but this is a squad that won 8 games last year despite a full season of a completely lost Mitch Trubisky (and a generally lackluster overall offensive attack). They didn’t get significantly worse at any individual spot this offseason, while making several notable upgrades around the margins. Will they definitely be contenders? Of course not. Does 3 wins strike me as ridiculously low? Yes. It does.

But if they do go 3-13? Well, I suppose there’s a silver lining, if the Bears can land a top-4 pick out of it. After all, a sufficiently problematic 2020 campaign could net the franchise that quarterback-of-the-future type in the 2021 draft, which should play host to plenty of talent (Trevor Lawrence? Justin Fields? Trey Lance?). But for that to happen, Chicago would have to endure a particularly painful season. And frankly, I’m not mentally geared for that right now.