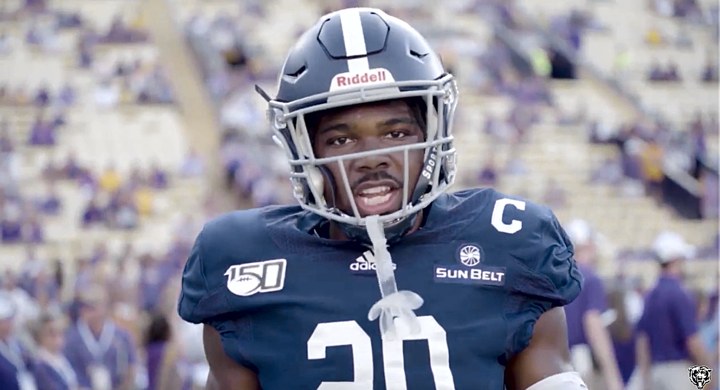 That the Chicagoland area was met with loud rainstorms two days after I told myself “I’m going to do everything in my power to go for a walk every day” is cruel. Maybe I’ll pull the exercise bike from out of the corner of the basement to get the juices flowing.

•   ICYMI: One NFL analyst predicted the Bears are going to be a terrible, horrible, no-good, very-bad team in 2020. It’s a bold shot to take, but shooter’s shoot. Although, part of me is starting to think that some of these wild shots are taken, in part, because it moves the needle. Predictions that don’t usually come out until July coming out now in an attempt to ruffle some feathers. No … it can’t be. That’s impossible. *Extreme eye-roll* Nationally, some of the conversation surrounding the Bears has gone from believing this team would be better off with literally any quarterback other than Mitch Trubisky to predicting the bottom falling out (even after the team brought in another quarterback to challenge Trubisky).

•   Quarterback, quarterback, quarterback. All anyone ever wants to talk about is the quarterback. More specifically, the quarterback competition that is on the horizon in Chicago between incumbent Mitch Trubisky and challenger Nick Foles. But that’s not the only camp showdown that will take place whenever facilities open and football revs up again. The Bears have a unique thing happening in their secondary, of which I was reminded of when I saw this tweet:

•   Kyle Fuller and Buster Skrine are locked into their roles as starters. For the moment, I’ll pencil in Jaylon Johnson as the boundary corner starting opposite of fuller, and Tre Roberson as the team’s CB4. After that, there’s a competition brewing and I’m not sure we’re spending enough time talking about it.

•   Kindle Vildor, Duke Shelley, Kevin Toliver II, Stephen Denmark, Artie Burns, Michael Joseph, and Xavier Crawford are young players who’ll be jockeying for position all summer. Vildor, Shelley, and Denmark are all Bears draft picks who will undoubtedly set out to prove the team did good work in selecting them in the later rounds. Toliver and Joseph are undrafted free agents who are angling for position with the late-round guys. Crawford can be lumped into that group, too. Burns has post-hype sleeper vibes as a first-round pick who flashed at times with the Steelers, but ultimately didn’t live up to the billing during his time in Pittsburgh. Altogether, it’s a fascinating group of cornerbacks populating the defensive backfield. Good luck with all that, Chuck Pagano and Deshea Townsend.

•   The Bears have a ton of new guys, and any of them could play a role in what happens this coming season:

Of the Bears’ 35 new players this offseason, which are the most crucial to 2020 success? @adamjahns’ rankings: https://t.co/F8SMcvgk9A

•   There are people who will make the Mitch Trubisky-Josh Allen comps. Proceed with caution:

Who would you rather have going forward, Josh Allen or Mitchell Trubisky? pic.twitter.com/xfbU4GwSsk

•   Allow me to take a moment to circle back to the idea of opening facilities:

The NFL sent a memo to team presidents and top officials late last night emphasizing that facilities remain closed and there is no date set for reopening. But that there should be more info this week. pic.twitter.com/n6QJXVH2Z4

•   Something to keep on our radar for down the line:

▶️ Will the salary cap be lower in 2021?
▶️ Would it be smoothed over several years?
▶️ Will teams cut more veterans to save money?
▶️ Are certain bonuses at risk?@AndrewBrandt goes into the fine print for answers: https://t.co/029WjBBEuU

•   Even in extinction, the XFL continues to make headlines as Vince McMahon says he fired XFL Commissioner Oliver Luck “for cause.” Back in April, Luck sued the XFL for wrongful termination after the league went under.

The @ChicagoBears and @USAFootball joined together to award grants for new equipment, uniforms and other resources to youth and scholastic football programs throughout the Chicagoland area.#LetsPlayFootball pic.twitter.com/HRkFr6ZJf3

Amazing the headline doesn’t match what I said. Didn’t think that happened at places like SI. I’ve been saying for over a month, including on HBO in April, that some ambient crowd noise under a broadcast is a simple, necessary tool to normalize the viewing experience at home…. https://t.co/6JY11ZcGZU

.@Buck gave a lengthy explanation of his recent comments about pumping in crowd noise, potential for virtual fans for FOX NFL broadcasts this fall. https://t.co/By3lUhuMyt

There is no “traditional” take on this topic. It’s new territory. Hoping stadiums are full and all is normal. If not, then it’s a blank canvas. All networks will try to make it look and sound as normal as possible. It could lead to unprecedented, thrilling access. Who knows?

•   I suppose there is a non-zero percent chance that something great comes of no fans being in the stands. Heck, it’s even possible that piped in crowd noise and digitally created fans does something for the viewing experience. But in the end, I’ll take the rawness of no fans in the stands over a fake normal.

•   My mind isn’t in a place where I want to go into deep dives regarding sports gambling, so I’m sharing this just so I remember to get back to when I eventually get to that place:

I’ve been asked a number of times if the clock for the 18-month penalty box on online-only sports betting licenses started when Rivers launched 3/9.

No. If there’s football this yr, your FDs/DKs will miss two football seasons. @sports_handle has detailshttps://t.co/INB1steFzv

REPORT: Adam Silver “Aiming for Decision” on Resumption of Play in the Next 2-4 Weekshttps://t.co/SjU6nUBthv

•   Give that man his perfecto: