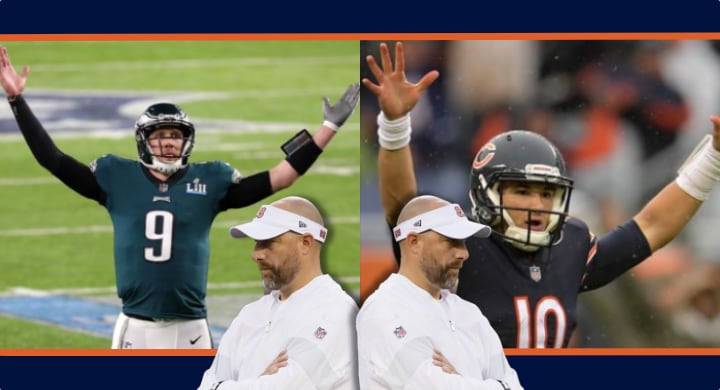 Like much of the world right now, the Chicago Bears are amongst those working from home in a pandemic. Which means, like many of us, the Bears are conducting meetings, interviews, and preparatory work via video conference chats.

Bears HC Matt Nagy on the QB competition: "There's no competition going on over Zoom."

Bears HC Matt Nagy saying that guys will likely play more in preseason games this year, and that that is the best place to evaluate the quarterback competition. Nagy also said it might mean more 11 on 11 in practices to evaluate competition at all positions.

And yes, that means the regulars are going to get some serious burn throughout the exhibition season. In April, Nagy said that he expected his starters to play in the preseason – a change of course from the first two years of Nagy’s command, but one that comes essentially as a mea culpa after last year’s decision to hold out regulars from all four of the Bears’ preseason contests seemed to backfire.

So if Foles or Trubisky thought they would be able to Zoom their way to the top of the depth chart, they have another thing coming their way.