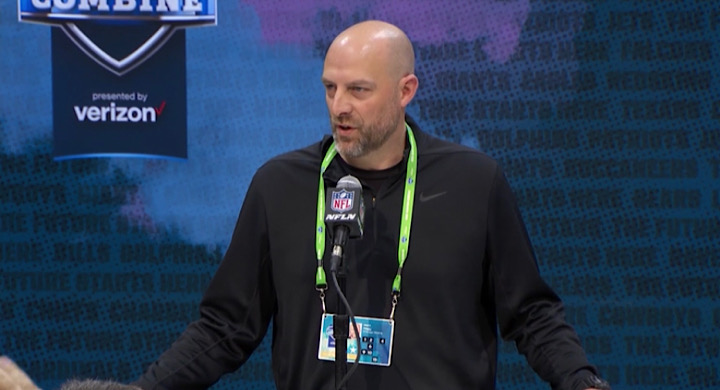 The NFL offseason chugs along as scheduled, but with a twist. Instead of the usual media availability we’re accustomed to seeing from teams and through the media, Zoom meetings have taken center stage.

I’ve taken some time to round up the most intriguing quotes from Chicago Bears Head Coach Matt Nagy’s Zoom press conference on Friday afternoon, as well as his interviews on 670 The Score and ESPN 1000. You can check out all of Nagy’s most recent media appearances embedded below. But first, enjoy these highlights.

Matt Nagy has had a change of heart. When pressed about last year’s plan to sit starters throughout the preseason, Nagy admitted to the mistake – a sign of growth from the third-year head coach. Check it out.

I don’t think this was the reason the Bears finished 8-8 last season. But I do believe the lack of reps played a role in the sloppy play we saw in the early going. So if getting preseason snaps helps sharpen these guys up and gets them on point, then it will be good that Nagy has changed his tune regarding preseason play.

The most important thing to come out of this might be Nagy’s willingness to publicly admit his mistake and learn from it. When the coach can swallow his pride and do what’s right for the team that’s generally the first step toward better days.

There appears to be a segment of Bears fans who’ve already got Nick Foles locked in as QB1 in Week 1. And while I see where they’re coming from, I’m not ready to go there just yet. Maybe I’m naive, but I still believe there will be a legitimate quarterback competition this summer. And by the sounds of it, Nagy thinks there will be, too. Especially if Trubisky is showing the type of growth Nagy alluded on Friday.

“In the time that we’re allowed to be with these players, you have to find time to have individual discussions, and we’ve had those. I’ve seen a player in Mitch, in the previous two year’s he’s learning how to play the quarterback position. That doesn’t always mean on the field, that means off the field. Watching tape. What notes do you take? What’s your schedule going to be? How do you accept coaching? How do you give feedback? All of that stuff has been going on right now has been going on in different ways.”

On the one hand, it makes me uneasy to hear Nagy reference his quarterback learning to play the position at this stage of the game. But on the other hand, I suppose it’s encouraging that Nagy he’s seeing growth at all.

As for Trubisky’s next step, Nagy has a vision:

“So what we’ll do, when we’re allowed, we’ll get together and we’ll talk through some of the summary of what we just talked about. With the details of plays, with his scheduling, etcetera, and I can see he’s starting to create his own way, his own habits. And obviously, the biggest thing is none of it matters unless we all go out there and do it on the field. Now that’s going to be the next challenge. Taking it onto the field and doing it through a competition.”

It’s good to see Nagy admitting that Trubisky’s growth right now during virtual learning hours doesn’t matter unless he takes it on the field with him. If he can do that, then we’ll have reasons to look forward to a legitimate QB battle.

On Criticism from Chicago’s Mayor

One of my favorite things about Chicago is everyone’s willingness to chime in on the city’s sports teams. From regular fans like you and me, to our favorite bartenders, and even the political leader running the show. Earlier in the offseason, Mayor Lori Lightfoot chimed in with her thoughts on the Bears’ quarterback situation.

Here’s what Nagy had to say in response, via 670 The Score:

“Hey, everybody has their own opinions. And for me, it’s very important that what we do as an organization, whether that’s coaches or whether that’s players, that we do everything we can to focus on 2020. The beautiful part of what’s so great about Chicago as a city, the Chicago fans, is that people care. I think that’s what you find — the care is there.”

We chime in because we care, coach. But also, we’re tired of watching the Packers and Vikings in the playoffs. So … get it together for the sake of the city, please.

For Nagy’s full media session, as well as his interviews with ESPN 1000 and 670 The Score, you can check out the posts embedded below:

We had #Bears coach Matt Nagy on earlier with @DannyParkins and @MattSpiegel670.

If you missed it, you can check it out here on @Radiodotcom Rewind: https://t.co/Hz5Ip7y5vK pic.twitter.com/GhhdygF1z5