Remembering Michael McCaskey, Looking into the Future, and Other Bears Bullets Skip to content 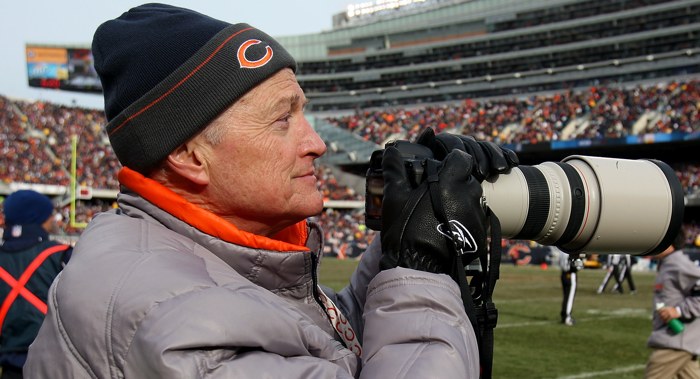 The best thing I have done this week is take extended walks around my neighborhood. Frankly, it’s something I should have been doing a lot time ago. But better late than never … right?

Yesterday’s little jaunt clocked in at 1 hour, 41 minutes and featured stops at a local brewery for curbside pickup and one of my favorite taco joints for some takeout. Here’s hoping these little excursions will bring the balance I seek as I try to do things away from a computer screen during a time when the default is to stick at home for safety purposes.

•   Michael McCaskey, the oldest of Virginia McCaskey’s sons, passed away on Saturday. Here’s a round-up of some Twitter reactions from throughout the Bears universe in the wake of the news of the former Chairman’s death:

The late Michael McCaskey marched to his own rhythm, and he did so unabashedly. He was calm, even-keeled, and poised, able to keep perspective through the storms. My farewell to the man who ran the Bears for 27 years. https://t.co/rpnHIPkl0A

RIP Michael McCaskey! Five years before I became the HC of the Bears, I attended an NFL Symposium to help minority assistants become head coaches. I was blessed to randomly sit at the same table as Michael.

CAN’T THANK HIM ENOUGH  FOR THE OPPORTUNITY! MY PRAYERS GO OUT TO THE MCCASKEY FAMILY FOR THEIR LOSS!

My deepest condolences to the McCaskey family & Chicago Bears. Michael McCaskey welcomed me as a rookie & signed off on my 1st coaching job. I am grateful for both opportunities. #GoodMan #GodBless #RIP

Rest In Peace, Mike McCaskey. Mike took over for Papa Bear and represented the Bears with grace and dignity. Typical of the McCaskey family, Mike was classy, interesting, and lived life to the fullest. He will be missed.

Michael McCaskey was cheered, jeered and sometimes misunderstood
But he was never boring and dearly loved his #Bears.https://t.co/opjGGid4Ux pic.twitter.com/D4X3XOYXmY

Michael gave me an opportunity to be a NFL head coach and for that I am forever grateful. We had a great relationship and had many good times together. I’ll remember Mike as a wonderful man, devoted to his family, and his beloved Bears. Jan and I send our heartfelt condolences . https://t.co/amQbNUpJ94

•   A tip of the cap to Hub Arkush of Pro Football Weekly for his accurate description of Michael McCaskey’s legacy being a complicated one. McCaskey presided over some of the most fruitful years of this franchise’s history, including its only Super Bowl victory. I can’t imagine what it would take to grab the hand-off in taking over a role held by his grandfather, George S. Halas — but McCaskey did a commendable job at the outset. McCaskey also had a public feud with Mike Ditka, firing him in the early 1990s, while the decade ended with the Dave McGinnis debacle. In the end, based on what I have read, McCaskey left a lasting positive memory for many of the people he came in contact with over the years. Ultimately, that’s a good way to be remembered by many.

•   Putting together a football camp isn’t easy, so I imagine a virtual one had some hurdles to clear. And yet, Bears offensive lineman Rashaad Coward did just that as he hosted a virtual football camp for 400 future students of the game. It’s always great to see active players reach out to today’s youth.

•   Whenever football gets re-booted, Coward finds himself entering one of the most intriguing camp competitions as he looks to lock down the starting right guard gig for a second straight season. Germain Ifedi figures to provide stiff competition, but that’s what the Bears want this summer. There’s something so pure about a head-to-head camp battle for a starting spot. Just thinking about it makes me feel tingly.

•   Another camp competition to keep tabs on down the road is the one that will unfold at the “Z” receiver position. As Nicholas Moreano (The Chicago Audible) points out, the gig has been vacant since the Bears cut Taylor Gabriel back in February. Chicago has no shortage of options at the position with Ted Ginn Jr., Riley Ridley, Cordarrelle Patterson, and rookie Darnell Mooney jockeying for the gig. The Bears would be wise to use all of the above in that role, which could bring some diversity to an offense that needs something (anything!) to bring life and put points on the board.

•   Not mentioned in that collection of pass catchers (because he’ll be playing another position) is Anthony Miller, who Bleacher Report’s Gary Davenport tabs as the Bears’ best-kept secret. Back-to-back offseasons featuring shoulder surgeries is less than ideal, but Miller looked to be primed for a breakout after a middle-of-the-year burst. It’s not a coincidence that as Miller’s routes got crisper, his overall play improved. The 2018 second-round pick has yet to put it together for the entirety of a full season, but he showed flashes that he was starting to get it as a second-year player.

•   In a more traditional offseason, I’d wonder if Miller would be hindered because he would be limited due to the recovery process after shoulder surgery. But because everyone is limited to virtual learning at this time, Miller could find himself on even footing by the time things start to ramp up. Teaming a healthy Miller with Allen Robinson could be just what the doctor ordered for whichever quarterback wins the summertime battle everyone will be talking about.

•   I like that the Bears have receiver options. No, they’re not the most polished group. They don’t have the most upside. But there is a level of intrigue that should make for good watching this summer. Ugh … I wish we were in better times with a Bourbonnais training camp. There’s so much to follow here and I’d relish the opportunity to be doing it under the blazing July sun.

•   This isn’t the perfect way to predict strength of schedule, but it’s out there:

2020 Strength of Schedule. Where does your team fall? pic.twitter.com/p4eInpvH4m

•   Yesterday was a tough one in the football world:

Phyllis George, the former Miss America who became a female sportscasting pioneer on CBS’s “The NFL Today” and served as the first lady of Kentucky, has died. She was 70. https://t.co/7i0jcohOae

Every Sunday growing up in Wisconsin, it was Brent Musburger, Phyllis George, Jimmy The Greek and Irv Cross for me before watching the #Packers, who invariably played at noon. So many memories of that show (and the theme song). She was a true trailblazer. #RIP https://t.co/40USN2crk7 pic.twitter.com/z1WbBphLDR

•   In case you needed a reminder ahead of the final episodes of “The Last Dance, just remember that “The Mailman doesn’t deliver on Sundays…”

“The Mailman Doesn’t Deliver on Sundays” and Other Bulls Bulletshttps://t.co/GgWVMapYUK