The Bears Are Being Absolutely Dragged This Offseason, But I'm Having NONE Of It Skip to content 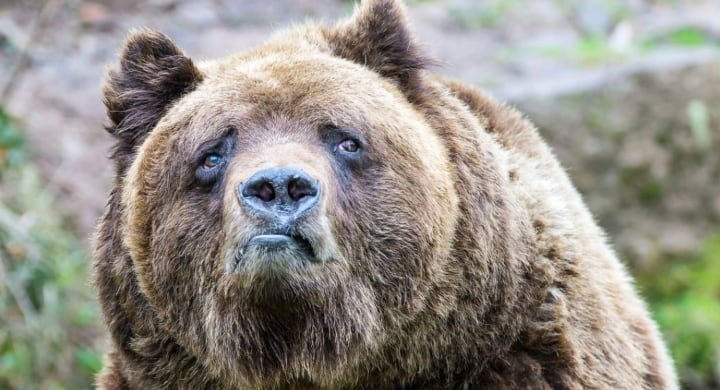 The Chicago Bears have taken an absolute beating this offseason.

Indeed, one year after an 8-8 club fell well-short of preseason Super Bowl expectations, the general vibe from outside our little bubble has been brutal (to say the least).

What is going on here.

Here's @NotTheeWillHill with @mlombardiNFL ad @TheWrapRadio on why he's looking to bet the Bears under 8.5 wins this season. pic.twitter.com/VcWH60XilG

Jason La Canfora of CBS believes the Bears have hit rock bottom, placing them among the likes of both New York teams, Jacksonville, and Washington … and beneath teams such as the Lions (who have lost four straight to the Bears over the last two years), Bengals, Browns, Falcons, Panthers, Dolphins, and Cardinals — all of whom had losing seasons in 2019. Around here, La Canfora is infamously known for his Bears-related takes that’ve missed the mark by wide margins. So we can take his insight with a grain of salt.

Meanwhile, Benjamin Solak of The Draft Network gives the Bears no chance of winning the division. None. And that’s despite noting “the ceiling remains high” even considering the QB concerns.

And then there’s ESPN’s Bill Barnwell, who ravaged Chicago’s offseason, ranking it among the worst in the league. In Barnwell’s eyes, only the Texans have had a worse go of it than the Bears, and that’s not the kind of company you want to hold on a list like this. Then again, there’s just so much missing nuance.

Like, sure: Chicago’s QB situation isn’t in a great place – on that, we agree. But jumping on Cam Newton early would not have been such an obvious solution. In fact, I imagine such a move would’ve been met with calls of impatience, alongside handwringing over a player whose recent injury history is more than just a cause for concern. Meanwhile signing Jameis Winston would have tinkered with the 2021 compensatory draft pick formula, which figures to net the Bears a handful of much-needed late-round selections next year (and that’s to say nothing of his uniquely high turnover rate or off-field concerns).

So was trading for Nick Foles a perfect solution? No. Of course not. But all things considered, it’s far from the worst route the Bears could have taken.

I also have plenty of nits to pick on the criticism of (1) a widely misunderstood Jimmy Graham deal (2) the voidable contract Danny Trevathan signed to help manipulate the salary cap, and the (3) the way Pace is using free agency to potentially build up future compensatory draft picks, but it’s not worth the virtual ink. Since the start of the offseason, the Bears have been projected as one of the league’s worst teams, and even a candidate to undergo a regime change at GM and head coach, specifically. Nothing is going to change that narrative nationally. And yet, I still see a glimmer of hope.

In addition to the items addressed above …

•   The Bears have upgraded their defense by bringing in Robert Quinn, which should *immediately* help a unit that’s already finished within the top-10 in scoring, yardage, and Football Outsiders’ DVOA rating in each of the last two years. They’re studs. Period.

•   As for the offensive line, the Bears took a calculated risk moving Germain Ifedi from right tackle to guard, which could unlock his post-hype sleeper potential. And there’s still money under the cap to make a run at a free agent (*cough* LarryWarford *cough*) if the price is right.

•  And finally, while the offensive weaponry still gives me cause for concern, head coach Matt Nagy is willing to learn from past mistakes in order to right the ship. And considering the Bears’ moves so far, part of me is already convinced we’ll see a different plan of attack in the year ahead.

So, yeah, I get it. It’s easy to bag on the Bears after an 8-8 campaign and an offseason void of splash signings, trades, or big-name hirings and firings. But enough has changed to give Chicago’s football team a fighting chance to make the postseason in 2020.

It’s not the dynasty Tarik Cohen hoped he was getting himself into at this time last year. But the tiny steps in the right direction — no matter how small — deserve better than the “LOL … BEARS” sh*t we’ve seen this offseason.