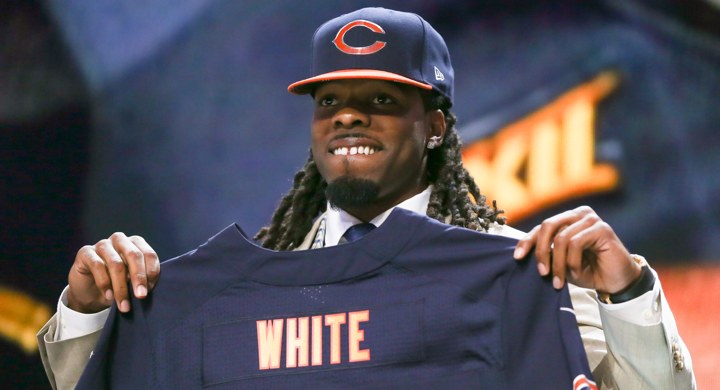 Fans dream the biggest dreams on the first night of the NFL Draft, especially when it comes to top-10 picks. And indeed, the sky was (supposed to be) the limit for Kevin White, who became Ryan Pace’s first pick as the Bears new GM back in 2015.

A big-play receiver who ran the 40-yard dash in 4.35 seconds at the Combine, while checking in at 6-3 and 215 lbs, was supposed to be the first piece of a potent, high-scoring offensive puzzle. Unfortunately, that never materialized, as injuries derailed White’s ride to the top before it could really ever get started.

In an extensive interview with JJ Stankevitz of NBC Sports Chicago, White opened up about his star-crossed NFL career, and you’ll absolutely want to check it out:

"I got all the talent in the world, done it the right way, like why, God? What am I doing wrong? What do you want me to see out of being hurt year after year after year?”

While speaking with Stankevitz, White shared insight on his career arc in Chicago. He also discussed how he disagreed with the way the team handled the stress fracture that kept him from contributing as a rookie. He talked about the mental and physical battles that take place in recovering from season-ending injuries. There is even a peek behind the curtain at what it looks like when a player a team once held in high regard gets caught at the crossroads of “business” decision and circumstance.

It’s raw and honest, and I imagine it must have been emotional for a player like White to open up old wounds in this manner.

And no quote captures the spirit of the post like this reflection from White: “I got dealt bust cards and can’t cry about it, complain about it. But it is kind of a punch in the stomach where it’s like I got all the talent in the world, done it the right way, like why, God? What am I doing wrong? What do you want me to see out of being hurt year after year after year?”

Oof. It’s hard not to feel for a player who has clearly put in so much work to get to a place to compete, but can’t get over that hump.

I encourage you to give this a good read when your schedule permits. Because when you’re done with it, there is a good chance you’ll think differently about White’s time in Chicago.