Can't Get Excited About the Offense? Just Focus on the Defense (And Other Bears Bullets) Skip to content 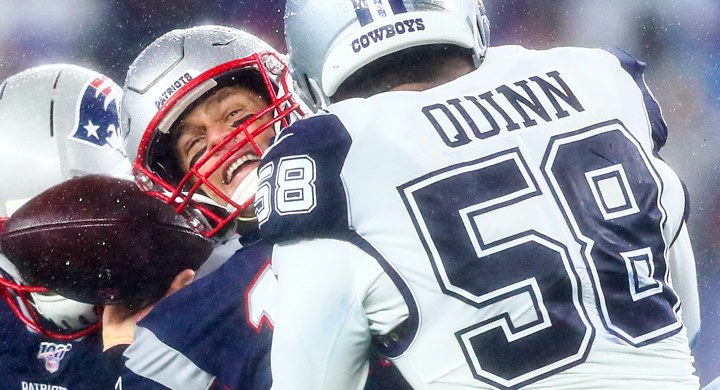 I entered Quarantine SZN with the goal of kick-starting my own podcast by my birthday. And even though we’re still over a month away, I’m nowhere near where I want to be in terms of making that goal a reality.

But it’s not as if I’ve come away with nothing – I’ve truly found a comfort zone in the kitchen, making easy meals and fun snacks with a little extra pizzazz. So now I’m wondering if I didn’t just stumble across my podcast theme.

•   I am excited about what Robert Quinn will bring to the table as a pass-rusher for the Bears this season, particularly as he joins a defense that ranked among the top-10 in scoring and yardage in each of the last three years:

•   I didn’t see the Robert Quinn signing coming last March. Considering the Bears’ needs at various other positions, a pass-rusher didn’t seem like the type of big-money move that made sense. But the more I learn about Quinn’s impact as a pass-rusher, the more I understand why the Bears parted ways with Leonard Floyd to bring in Quinn. Sure, it’s unsettling that they still have needs at other spots on the field. And I get jittery thinking about how they’re putting eggs in the competition basket in hoping that steel sharpens steel and that good-old-fashioned camp battles will make certain spots (particularly on the offensive side of the ball) better. But will you look at that defense!? My goodness!

•   Quinn and Khalil Mack will generate pressure off the edge. Akiem Hicks does everything – rush the passer, disrupt run plays in the backfield, eat up double-teams, etc. – at the line of scrimmage. Eddie Goldman eats space, extra attention, ball carriers, and quarterbacks alike. Bilal Nichols and Roy Robertson-Harris have been solid rotational defensive ends the last two seasons. All this play-making ability from those six guys should make things easier for Roquan Smith and Danny Trevathan in the middle of the defense. Same for Eddie Jackson, Kyle Fuller, Tashaun Gipson (he’s new here!), and Jaylon Johnson (so is he!) in the secondary. Gosh! I can’t wait to see this defense get to work.

•   Don’t get me wrong … I’d love to be excited about the offense. But they’ll need to give me something to be jacked about before I get to that point.

•   Maybe Chicago’s offense will find something this summer. If they do, perhaps we’ll point to an under-the-radar important change:

From @NFLTotalAccess on Monday: The #Bears expect to play both QBs in the preseason, a change from the past that should make their QB battle more interesting. pic.twitter.com/hnYEvp0LJe

•   I really appreciate how Matt Nagy is approaching this preseason (assuming we get one).

•   The winner of the QB competition is the thing people will care most about. But as far as I’m concerned, the most important thing to come out of this might be Nagy’s willingness to publicly admit he made a miscalculation and appears eager to learn from it. Good process often yields desired results, so this change of heart feels like a real step in the right direction.

•   I’m not sure if preseason reps for regulars will result in more explosive plays on offense, but I’m all for anything that helps. Over at Da Bears Blog, Johnathan Wood has an eye-opening post about the consistency of explosive plays and how they come about. You’ll want to carve out some time to read and comprehend it all, but the one thing that stood out most to me is that pairing a good coach and quarterback for an extended period of time tends to go a long way toward building a successful offense. Naturally, the two toughest things to find in this sport are the right QB and head coach.

•   Chargers, speakers, and more are your Deals of the Day at Amazon today. #ad

•   Peanut Tillman was a game-changer:

•   And you can re-live that game in its full-blown glory on the NFL’s official YouTube page.

•   Take some time out of your day to read this:

Fifty years ago today, Gale Sayers took a stage at the Americana hotel and told a story that changed so much about the way we look at American sports. He asked us to love Brian Piccolo. It is a love story that lasts to this day. https://t.co/7A6H97vxID

•   Scott Powers of The Athletic is doing something very cool:

Help me raise money for charity and give away autographed baseballs https://t.co/NGAFd0NYs6